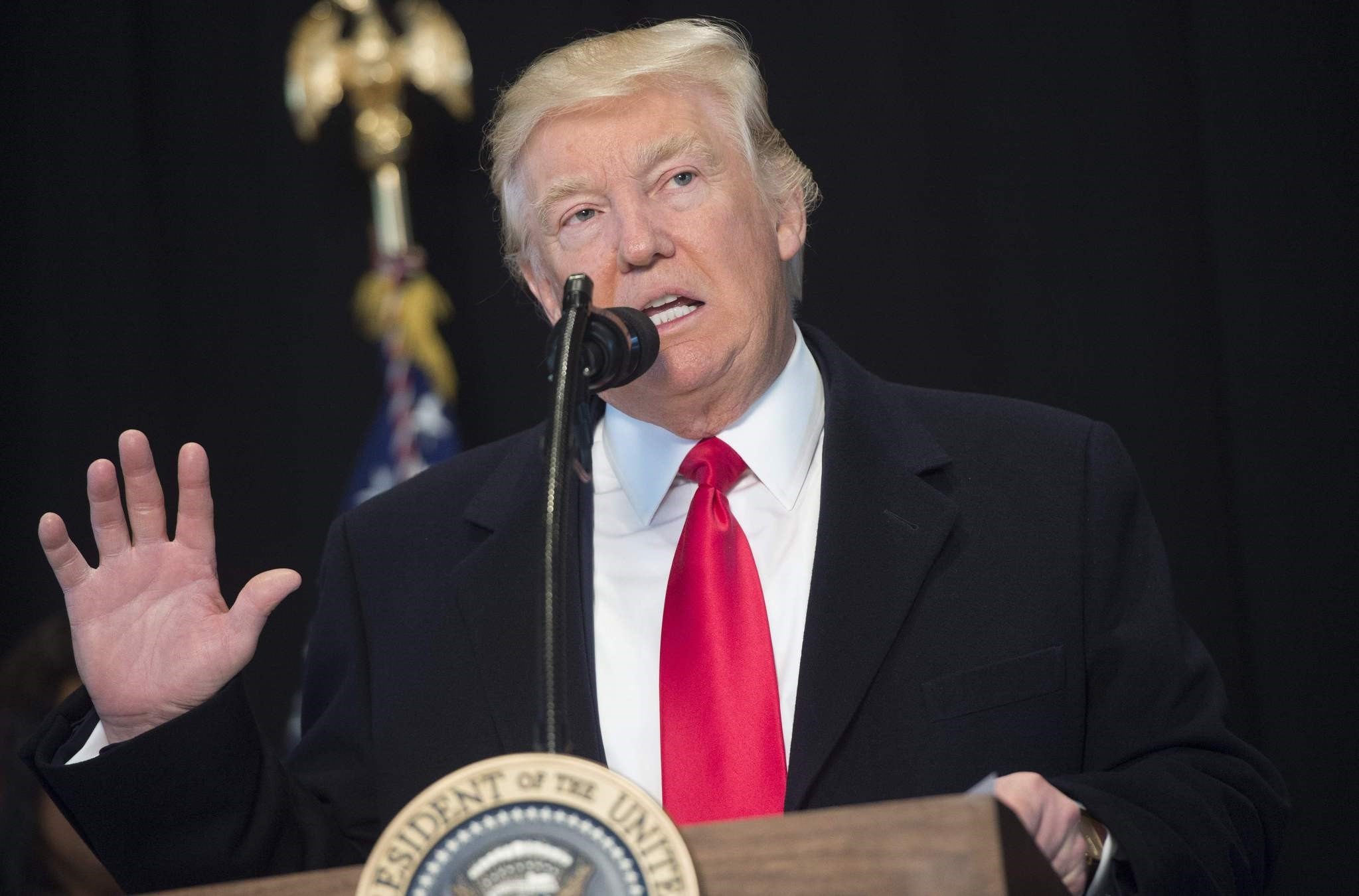 US President Trump speaks following a tour of the Smithsonian National Museum of African American History and Culture in Washington. (AFP Photo)
by Compiled from Wire Services Feb 21, 2017 12:00 am

President Donald Trump's administration will leave protections in place for immigrants who entered the country illegally as children, known as "dreamers," but will consider all other illegal immigrants subject to deportation, according to guidance released on Tuesday.

The guidance from the Department of Homeland Security is the implementation plan for executive orders on border security and immigration enforcement Trump signed Jan. 25.

According to the guidance, the children of undocumented migrants will remain under protection by the Deferred Action for Childhood Arrivals program, or DACA, established in 2012 by former President Barack Obama.

Roughly 750,000 immigrants are currently protected from deportation under the program, which allows young people who were brought into the country illegally as children to stay and obtain work permits.

DACA was arguably the most significant and high-profile change Obama made to immigration policy, one he said he made only after Congress failed to enact a broader immigration overhaul. The status of the immigrants, some of whom have little or no connection to the country where they were born, has been a focus of advocates' anxiety and activism since Trump's election.