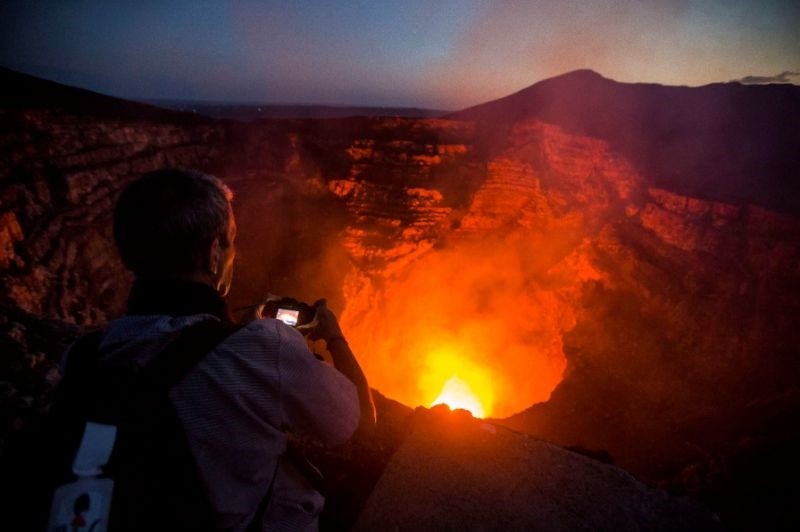 An Argentine volcanologist and Nicaraguan guide who fell into an active volcano were in good health Wednesday after being rescued by firemen, officials in Nicaragua said.

The 60-year-old researcher, Rodolfo Alvarez, and his specialized guide, Adriac Valladares, 25, fell into the crater of Masaya Volcano just south of the capital on Tuesday.

The two slipped about 450 meters (1475 feet) down the inside the active volcano when their rope broke and reportedly suffered dehydration from the high temperatures.

They had been working just over the crater's lip when the accident occurred, the government said on an official website.

Firemen used ropes and harnesses to climb down to save them.

Both men were in "good condition and stable," the government said.

Masaya Volcano, located 20 kilometers (12 miles) south of Managua, features a lava lake and is a big draw for scientists and tourists alike.