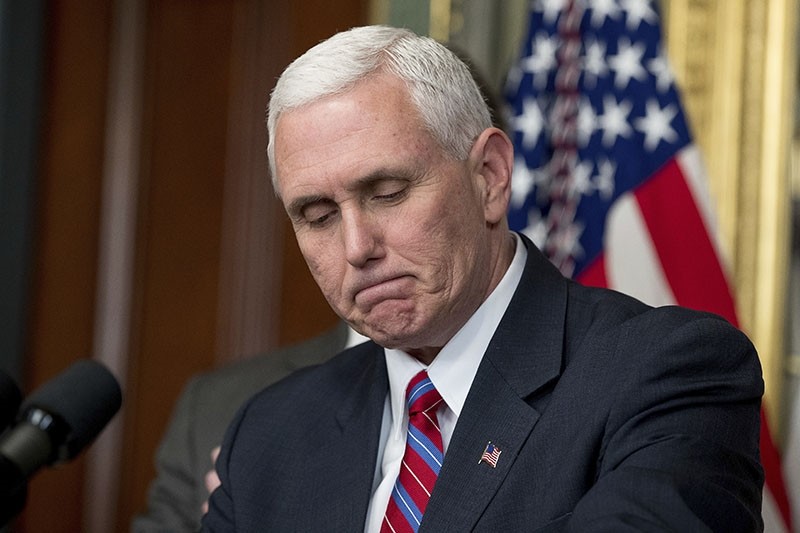 U.S. Vice President Mike Pence used a private email account to conduct public business as governor of Indiana, his office said in a statement on Thursday.

The private email account was first reported by the Indianapolis Star, which said Pence used it at times to discuss sensitive matters and homeland security issues. The account was hacked last summer, the newspaper added.

"Similar to previous governors, during his time as Governor of Indiana, Mike Pence maintained a state email account and a personal email account," Pence's office said in a statement.

As Trump's running mate, Pence frequently criticized rival Hillary Clinton's use of a private email server as President Barack Obama's secretary of state, accusing her of purposely keeping her emails out of public reach and shielding her from scrutiny.

Pence spokesman Marc Lotter said "the comparison is absurd" because Clinton had set up a private server in her home at the start of her tenure at the State Department and, unlike Clinton, Pence did not handle any classified material as Indiana's governor.

The newspaper reported that the office of Pence's successor, Indiana Gov. Eric Holcomb, released more than 30 pages from Pence's AOL account, but declined to release an unspecified number of emails because they were considered confidential.

Public officials are not barred from using personal email accounts under Indiana law, but the law is interpreted to mean that any official business conducted on private email must be retained to comply with public record laws.

The state requires all records pertaining to state business to be retained and available for public information requests. Emails involving state email accounts are captured on the state's servers, but any emails that Pence may have sent from his AOL account to another private account would need to be retained.

At the end of his term, Pence hired the Indianapolis law firm of Barnes & Thornburg to conduct a review of all of his communications and that review is still ongoing, Lotter said. Any correspondence between Pence's AOL account and any aides using a state email account would have been automatically archived, he said.