Trump disputes Schwarzenegger, says he was fired from 'Apprentice' 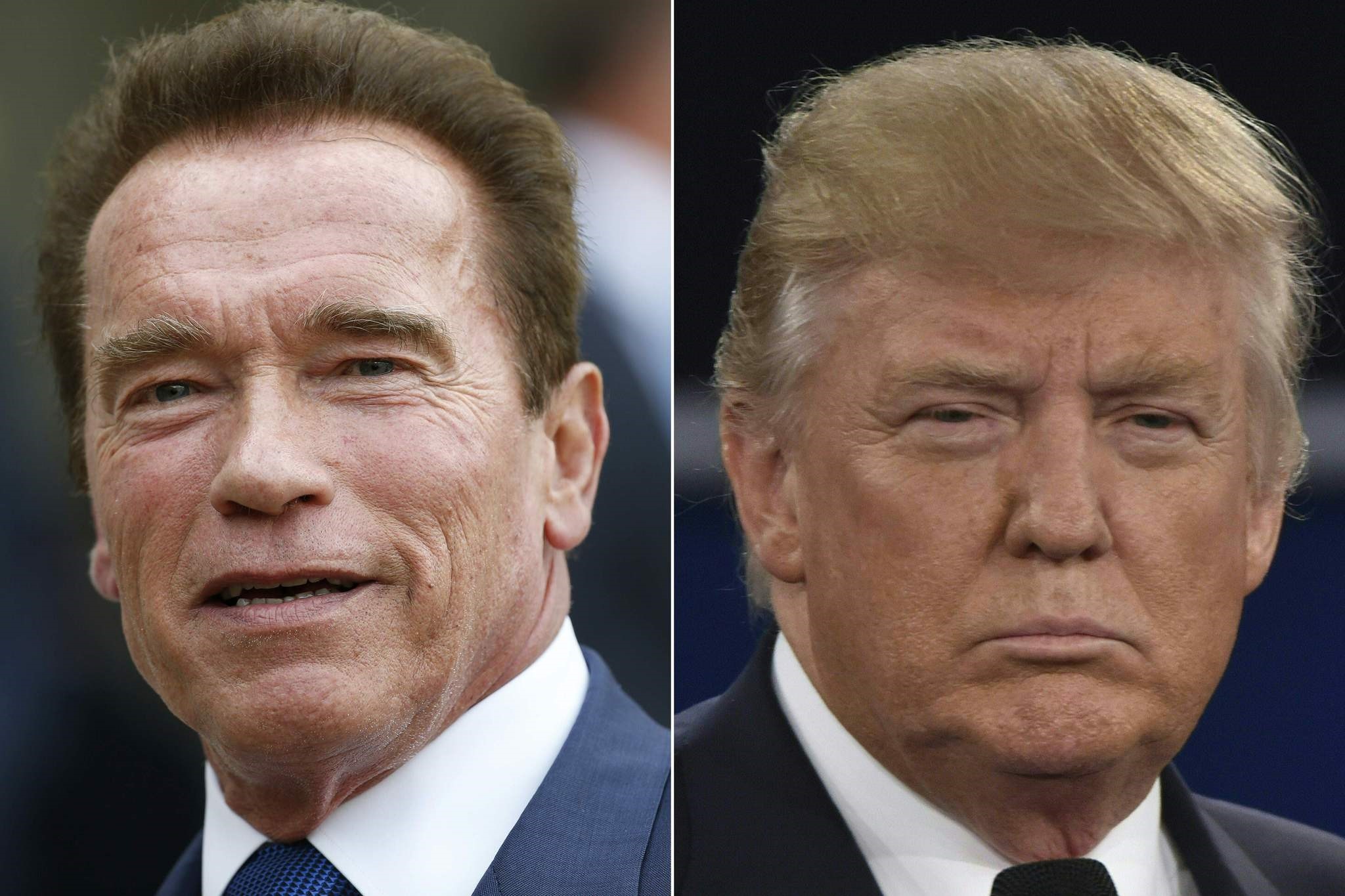 Combination of pictures of US actor and former governor of California Arnold Schwarzenegger (L) and US President Donald Trump.
by Mar 04, 2017 12:00 am

Schwarzenegger had announced on Friday that he would not return for a second season of the NBC show. He blamed Trump, an executive producer and former host of the show, for low ratings, describing the president's involvement as "baggage."

"Arnold Schwarzenegger isn't voluntarily leaving the Apprentice, he was fired by his bad (pathetic) ratings, not by me," Trump wrote in a message on his personal Twitter account."Sad end to great show."

"You should think about hiring a new joke writer and a fact checker," a message on Schwarzenegger's Twitter account read, responding to Trump.

NBC, a unit of Comcast Corp on Friday, did not comment on Schwarzenegger's decision not to return for another season, or on the show's future.

Schwarzenegger, a movie star and former California governor, took over as host of "Celebrity Apprentice" last year. His first season premiered in January, and was watched by around 4 million to 5 million viewers.

Trump faced criticism over potential conflicts of interests after winning the presidency last November when he said he would retain an executive producer credit on the show.

On at least one occasion, he has used part of a public appearance as president to scornfully discuss Schwarzenegger'sratings.

Trump was a celebrity businessman long before he became president, and hosted "The Apprentice" and "The CelebrityApprentice" for 14 seasons, overseeing contestants competing in business challenges before deciding which ones to fire.