Trump asks Congress to launch probe over Obama power use 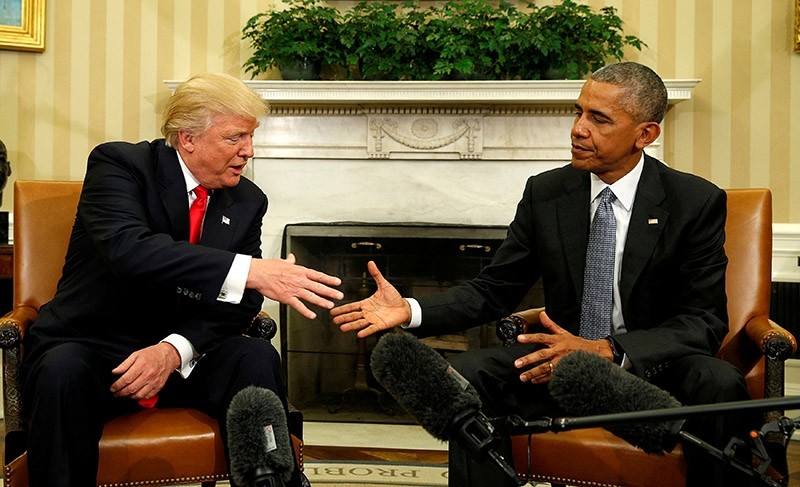 U.S. President Barack Obama meets with President-elect Donald Trump in the Oval Office of the White House in Washington November 10, 2016. (Reuters File Photo)
by Compiled from Wire Services Mar 05, 2017 12:00 am

That's a reference to President Donald Trump's claim in a series of Saturday tweets that former President Barack Obama had telephones at Trump Tower wiretapped.

I'd bet a good lawyer could make a great case out of the fact that President Obama was tapping my phones in October, just prior to Election!


An Obama spokesman has denied Trump's accusation as "simply false."

In his statement, White House Press Secretary Sean Spicer referred to unspecified reports of "potentially politically motivated investigations immediately ahead of the 2016 election" as "very troubling."

"President Donald J. Trump is requesting that as part of their investigation into Russian activity, the congressional intelligence committees exercise their oversight authority to determine whether executive branch investigative powers were abused in 2016," Spicer said.

He added that there would be no more comment on the matter from Trump or the White House.

Trump leveled his charges against Obama early Saturday, at the end of a week in which his administration was battered by controversy over communications between Russian officials and some of his senior aides including Attorney General Jeff Sessions.