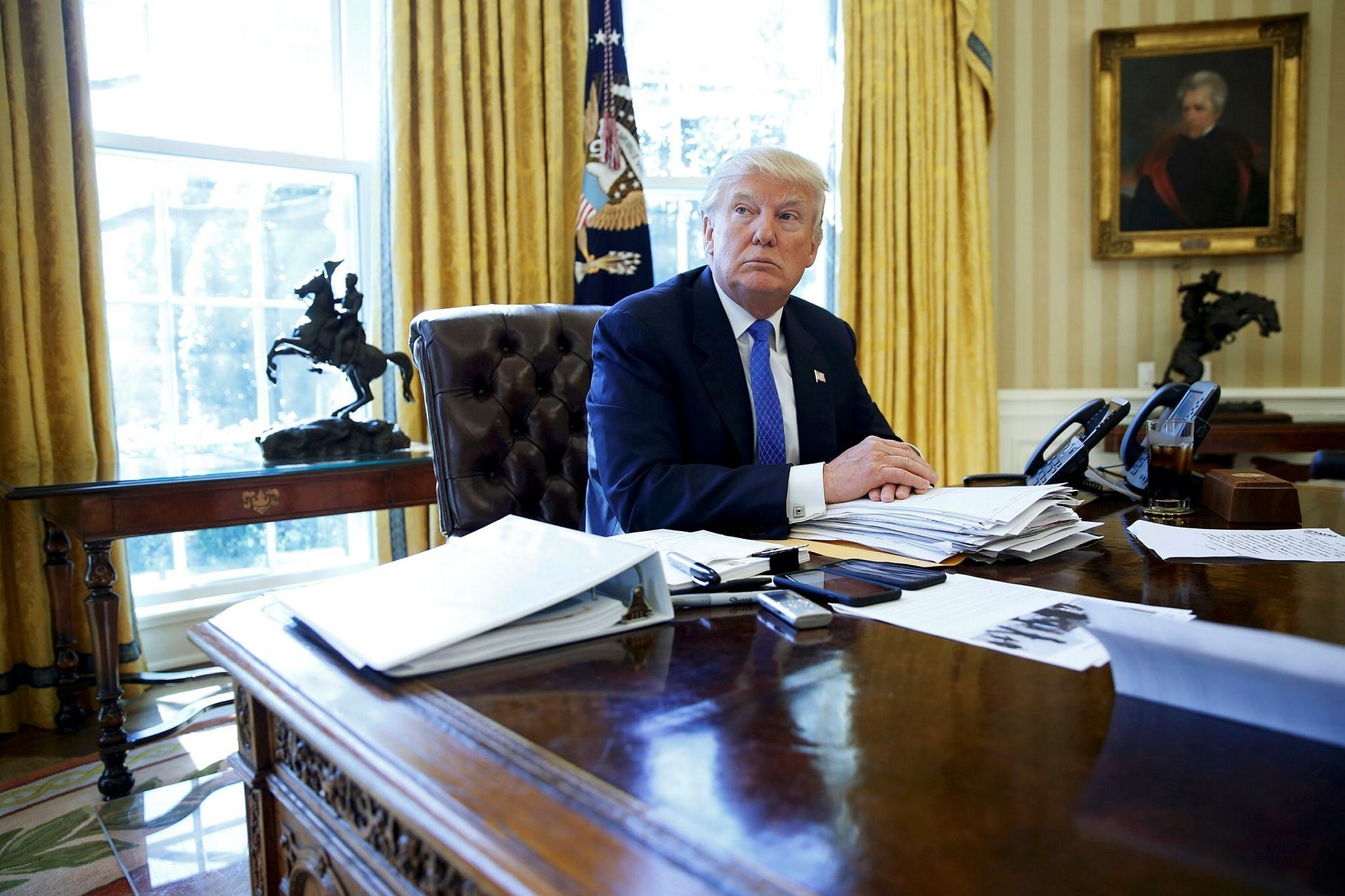 In a series of Tweets on Sunday, U.S. President Donald Trump accused former president Barack Obama of "wire-tapping" the former Republican campaign headquarters in New York during the Republican presidential campaign, going on to say that the illegal surveillance of the Trump Tower continued after being thwarted last summer and that the alleged wiretapping turned up no pertinent information.

Unsurprisingly, the claims come amid allegations of "Russian interference" involving former White House National Security Adviser Lt. Gen. Michael Flynn and Attorney General Jeff Sessions who recused himself of any and all investigations into the election campaign of presidential candidates Hillary Clinton and Donald Trump.

Trump's accusations levied at the former Obama administration extend to the Justice Department and the Federal Bureau of Investigation under the auspices that the former U.S. president lacked the authority to issue surveillance orders on American citizens.

In an interview with Fox News on Sunday, liberal news analyst Cathy Areu, who served as a senior adviser to the George W. Bush administration, stated, "My [Obama Administration] source from the White House told me she thinks it's all true; she says, there were concerns that Trump and this [alleged wire-tapping] is from the White House and the administration […] There were concerns that Trump and his surrogates may have been colluding with the Russians as a possible bargaining chip to influence the election. Therefore, a wiretap was conducted."

Under the Foreign Intelligence Surveillance Act (FISA) of 1978, the procedure of investigating such matters must be conducted through the FISA court which authorizing electronic surveillance under the auspices of obtaining foreign intelligence information. Since Trump was accused of allegedly working with Russian intelligence, this would have warranted such wiretapping.

While the president does not have the authority to order a wiretap, the allegations mean that the surveillance would have been conducted under the Obama-era Justice Department and FISA court, in what would not have been the first instance of government surveillance under the guise of counterintelligence.

Under the Espionage Act of 1917, journalist James Rosen was tracked by the Justice Department in 2013 and his activities were monitored by tracking his visits to the State Department, surveilling his mobile telephone and timing his calls as well as his personal emails. The purpose was allegedly to find out who his sources were. To obtain the relevant warrants, the Justice Department had to label Rosen a "criminal co-conspirator."

In 2010, Obama learned that the NSA had bugged the cellphone of German Chancellor Angela Merkel and allowed it to continue, which sparked a controversy of trust between the U.S. and its European allies.

Cathy Areu told Fox News that her sources had informed her that the intelligence community was doing its "due diligence given the threat of the Russian influence" when conducting the wiretapping.

However, "due diligence" does not imply that something compromising on Trump was actually found. Trump on Twitter stated specifically that there was "Nothing found" and as president he has access to classified information not available to the public.

On the other hand, Obama announced during his Presidency that he had launched an investigation into the alleged "Russian hacking" and "swaying" of the U.S. elections after being convinced during a briefing that there had been Russian government interference. The investigations into this matter, as well as investigations into both the Democratic and Republican campaign races are, much like the latest controversy, still ongoing.

Reporter Geraldo Rivera, while commenting on the situation next to Cathy Areu, said, "Probable cause in a FISA context is very very difficult to attain, you really have to have 'the goods'. In the context of the Presidential election […] imagine the level of probable cause that you would need for a judge to issue a warrant. I just think that if this story is true, then there's something very explosive going on."

He went on to say, "I want President Trump to tell us that he [either] misspoke or put it [his statements] in context. […] I can't imagine that President [Obama] wouldn't know, I mean the president couldn't or wouldn't order it but he had to know."