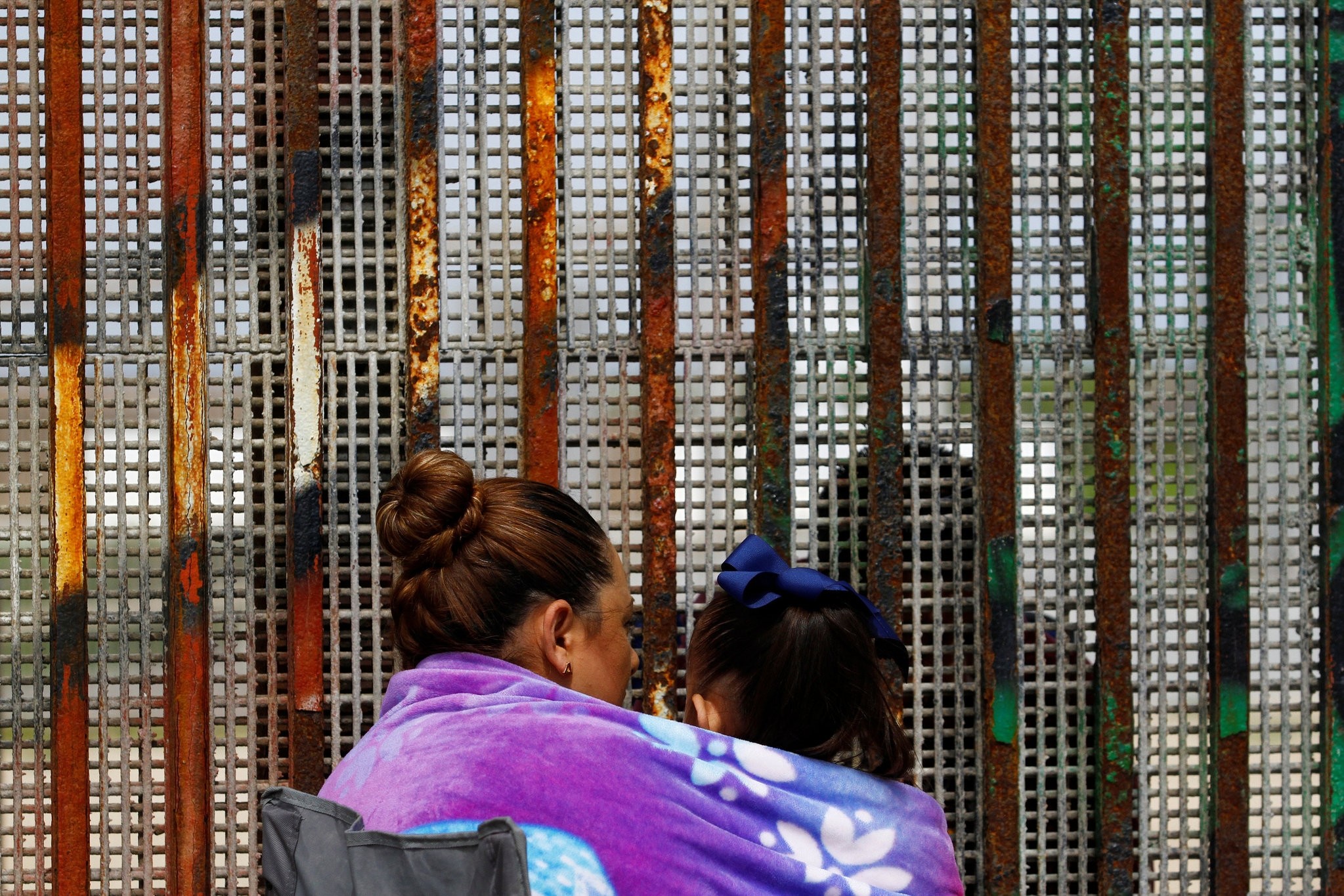 A woman carries her son while talking to her husband across the fence separating Mexico and U.S, as photographed from Tijuana, March 4, 2017. (REUTERS Photo)
by Compiled from Wire Services Mar 07, 2017 12:00 am

Mexico is concerned by a U.S. government proposal to separate migrant mothers and children at the southern U.S. border, the country's foreign minister said on Tuesday, while recognizing that at this stage it was only a possibility.

Luis Videgaray also said the Mexican government was helping deportees from the United States to retain their U.S. assets.

Last week, U.S. government officials said that women and children crossing together illegally into the United States could be separated by authorities under a proposal being considered by the Department of Homeland Security.

The officilas said that the reason for the proposal is to deter mothers from migrating to the United States with their children.

The policy shift would allow the government to keep parents in custody while they contest deportation or wait for asylum hearings. Children would be put into protective custody with the Department of Health and Human Services, in the "least restrictive setting" until they can be taken into the care of a U.S. relative or state-sponsored guardian.

Currently, families contesting deportation or applying for asylum are generally released from detention quickly and allowed to remain in the United States until their cases are resolved. A federal appeals court ruling bars prolonged child detention.

President Donald Trump has called for ending "catch and release," in which migrants who cross illegally are freed to live in the United States while awaiting legal proceedings.

"With safety in mind, the Department of Homeland Security continually explores options that may discourage those from even beginning the journey," the statement said.

U.S. Representative Henry Cuellar, a Texas Democrat whose district includes about 200 miles (320 km) of the border with Mexico, slammed the proposal. "Bottom line: separating mothers and children is wrong," he said in a statement.

"That type of thing is where we depart from border security and get into violating human rights," he said.

Republicans in Congress have argued women are willing to risk the dangerous journey with their children because they are assured they will be quickly released from detention and given court dates set years into the future.

Immigrant rights advocates have argued that Central America's violent and impoverished conditions force mothers to immigrate to the United States and that they should be given asylum status.