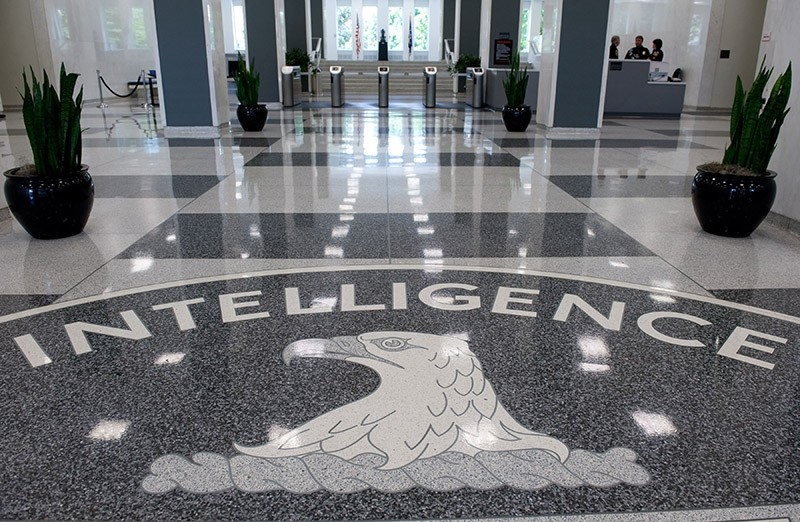 The seal of the Central Intelligence Agency (CIA) in the lobby of CIA Headquarters in Langley, Virginia. (AFP File Photo)
by Compiled from Wire Services Mar 09, 2017 12:00 am

The CIA said Americans should be "deeply troubled" by WikiLeaks' disclosure of thousands of intelligence documents that purportedly detail ways the agency does its hacking, in a statement issued on Wednesday,

CIA spokeswoman Heather Fritz Horniak said that the agency will not comment on the authenticity of the documents released or on the status of any investigation into the source of the documents.

The anti-secrecy group WikiLeaks published thousands of documents Tuesday described as secret files about CIA hacking tools the government employs to break into users' computers, mobile phones and even smart TVs from companies like Apple, Google, Microsoft and Samsung.

The agency says such disclosures not only jeopardize U.S. personnel and operations, but also equip American adversaries with tools and information to damage U.S. national security.

If the Central Intelligence Agency disclosures are confirmed to be the work of an intelligence agency contractor, as government investigators currently suspect, it would be at least the third public case in recent years in which special software and human resources programs intended to catch so-called insider threats have not worked.

The anti-secrecy group WikiLeaks, which published the CIA documents Tuesday, said it obtained the archive after it circulated among former U.S. government contractors in "an unauthorized manner."

Part of the problem in combating leaks is that the number of government employees and contractors with access to highly sensitive information has exploded in recent years, due in part to greater information-sharing across the government that was mandated in the wake of the Sept. 11, 2001, attacks.

Budget constraints that force agencies to rely on contractors rather than permanent staff have also contributed to the problem, intelligence officials say.

Government estimates of how many people have been granted Top Secret clearances range from the high hundreds of thousands to more than a million across thousands of public agencies and private companies. Government agencies estimate that there is one insider threat for every 6,000 to 8,000 employees, an intelligence agency contractor said, speaking on condition of anonymity for fear of upsetting his employer.