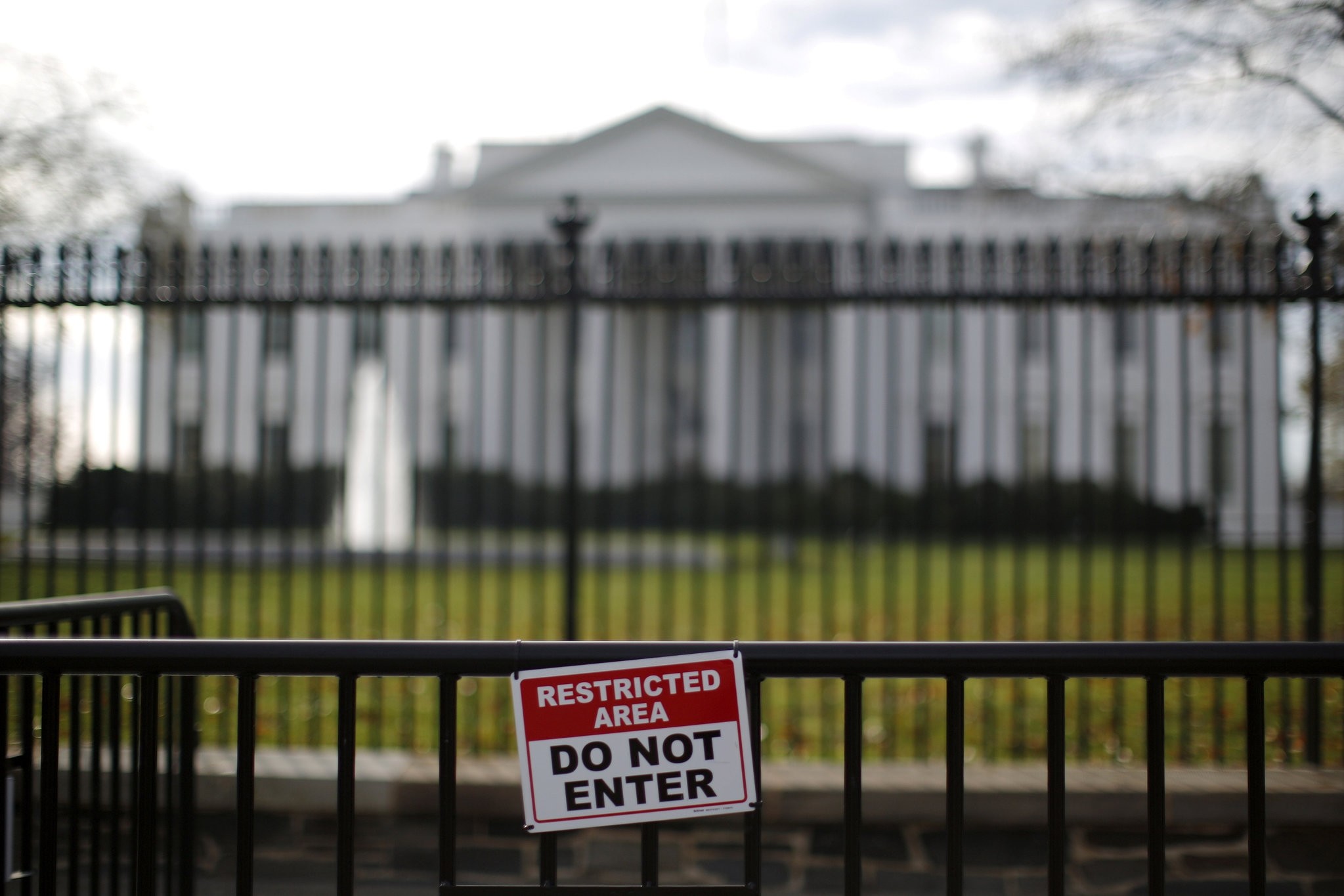 An intruder carrying a backpack was arrested after scaling a fence and entering the White House grounds, the U.S. Secret Service said on Saturday, in the latest breach of security at the president's official residence.

President Donald Trump was inside the White House when a male suspect scaled the complex's South Grounds fence at 11:38 p.m. on Friday, and uniformed officers arrested him, the Secret Service said in a statement.

Trump was not in any danger during the incident, CNN reported, citing an unnamed source.

A 2014 intrusion at the White House prompted the resignation of Secret Service director Julia Pierson and a series of recommendations to tighten security. In 2015, a row of sharp spikes was bolted to the top of the black iron fence surrounding the property.

In the latest incident, the suspect was apprehended near the south portico entrance, where presidents often address the public, CNN said. The entrance is near the part of the White House where the president resides.

Authorities did not immediately identify the suspect but Martin Mulholland, a spokesman for the Secret Service, said he had no arrest record or history with the agency, which is charged with protecting the president, his family and other elected officials.

The backpack carried by the intruder was screened and searched as a precaution, and no hazardous material was found, according the statement. The Secret Service searched the north and south grounds but nothing of concern turned up.

Neither the Secret Service nor the White House responded immediately to a request for further details.

The most serious of the recent security incidents at the White House occurred in September 2014, when an Army veteran carrying a knife climbed the fence and pushed his way inside the building before he was stopped.

Another man wearing an American flag jumped the fence in November 2015. In April 2016, an intruder threw a backpack over the outer fence and then scaled it before getting arrested.

The Secret Service and National Park Service have been working on a new fence design and other upgrades.

Joseph Clancy, her replacement, said in February that he planned to step down in March, allowing Trump to name his own security chief.

The service's credibility was also damaged in 2012 when it was revealed that members had hired prostitutes while in Colombia in advance of a trip by then-President Barack Obama.