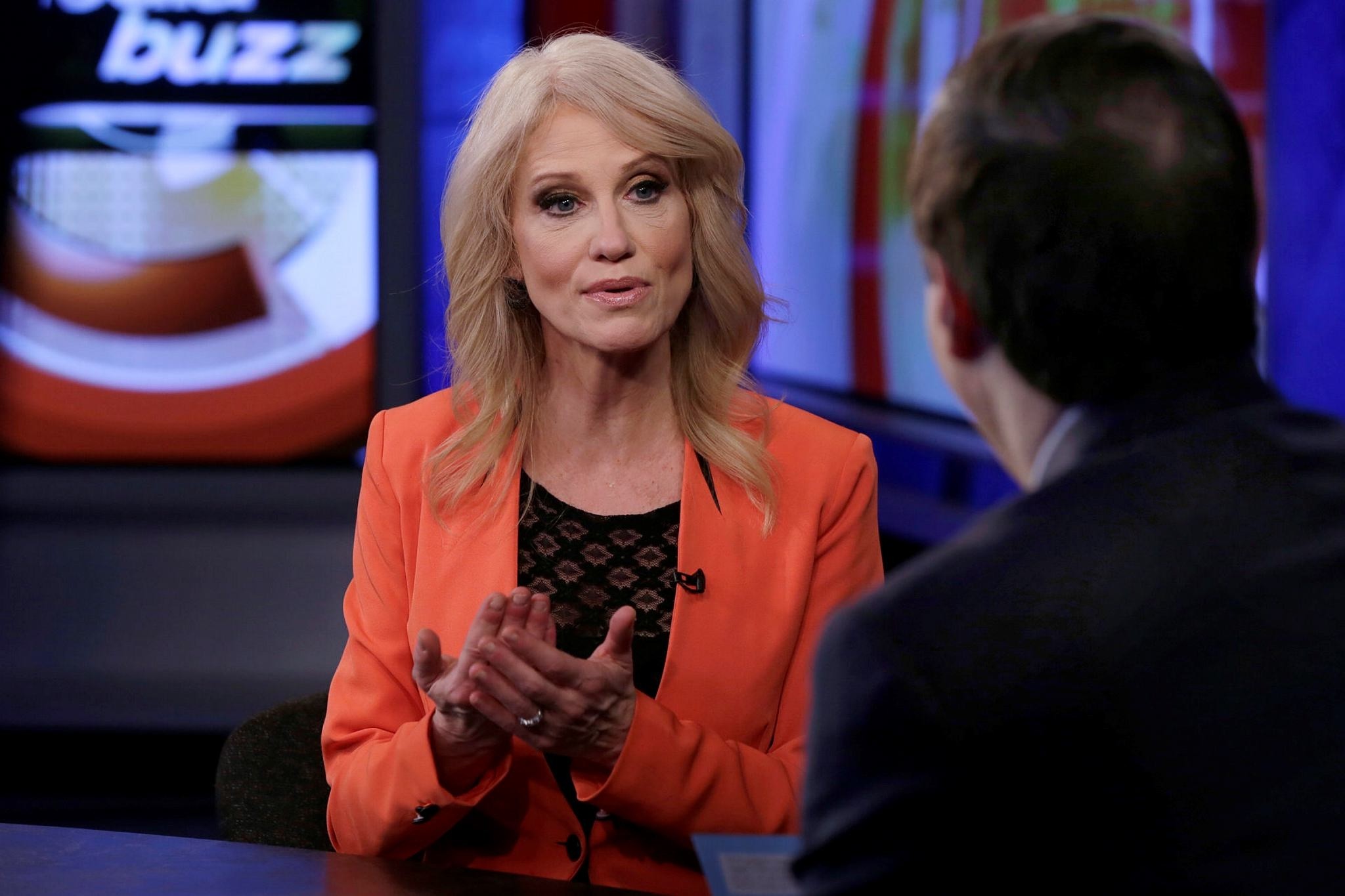 Counselor to the President Kellyanne Conway is interviewed by Howard Kurtz. (AP Photo)
by Mar 13, 2017 12:00 am

Top White House aide Kellyanne Conway said Monday she had no evidence to back up Donald Trump's claim that his predecessor had wiretapped him, after suggesting her boss may have been spied upon using other methods.

The Trump administration is under mounting pressure to provide proof to shore up the president's unsubstantiated allegation that Barack Obama ordered the phones to be tapped at Trump Tower during the election campaign.

"The answer is I don't have any evidence and I'm very happy that the House Intelligence Committee are investigating," Conway told ABC television.

Trump's top aide was being pressed to explain weekend comments that seemed to suggest the Obama administration ordered wide-scale surveillance of her boss.

"What I can say is there are many ways to surveil each other," Conway told New Jersey's Bergen County Record in a wide-ranging interview published Sunday.

"You can surveil someone through their phones, certainly through their television sets -- any number of ways," including "microwaves that turn into cameras," she told the paper. "We know this is a fact of modern life."

Conway backed away on Monday from the comments -- which were greeted with ridicule on the internet -- telling ABC's "Good Morning America" she had been referring to "surveillance generally" and not to the president's allegations regarding Trump Tower.

Trump, meanwhile, appeared to take the media to task over its skeptical treatment of Conway.

"It is amazing how rude much of the media is to my very hard working representatives," he tweeted minutes after she wrapped up appearances on several morning talk shows. "Be nice," he said, "you will do much better!"

Both Obama, through a spokesman, and his former director of national intelligence James Clapper have denied ordering any wiretapping operation targeted at Trump.

But Trump's White House is standing by its demand for a congressional investigation into the allegations.

The Republican chairman and the top ranking Democrat on the House Intelligence Committee have written to the Justice Department asking for evidence to be provided by Monday in support of Trump's allegation.

Democrat Adam Schiff said Sunday he doubted any evidence would be forthcoming, and said he would press the demand again during a wide-ranging open hearing set for March 20 on the issue of Russian meddling in the election.

Top Republican lawmaker and frequent Trump critic John McCain on Sunday challenged Trump to prove the wiretapping claim -- or else retract it.