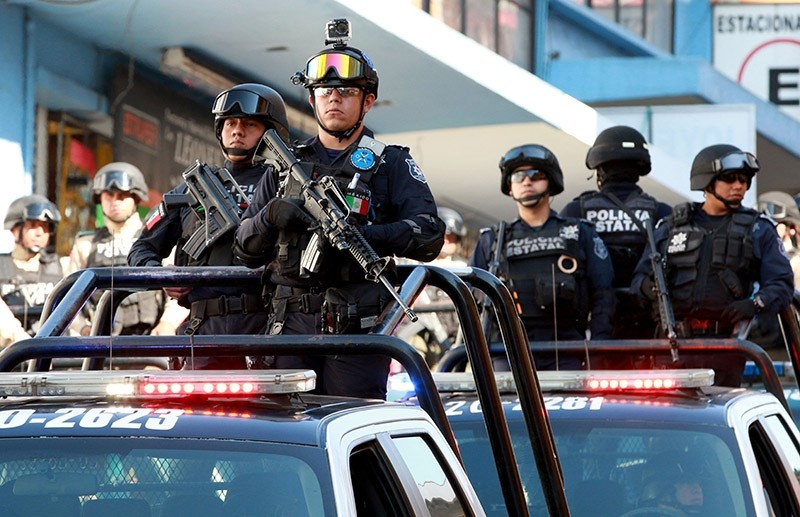 "There is a part where more than 250 skulls have appeared, in a field where we've only made minimal progress," he said in a telephone interview with the broadcaster.

"For many years, the drug cartels disappeared people and the authorities were complacent," Winckler said, in apparent reference to the administration of fugitive former Gov. Javier Duarte and his predecessors.

Victims' advocacy groups like Colectivo Solecito have excavated and pressed authorities to excavate such sites to find missing loved ones.

The skulls and other bones were found in a wooded area known as Colinas de Santa Fe where activists have been exploring since at least mid-2016, sinking rods into the ground and withdrawing them to detect the telltale odor of decomposition. When they find what they believe are burial pits, they alert authorities, who carry out the final excavations.

"Veracruz is an enormous mass grave," he said.

The victims' advocacy groups have criticized authorities for doing little to try to find or identify the state's missing people, many of whom were kidnapped and never heard from again.

The state had long been dominated by the ferocious Zetas cartel. But the Jalisco New Generation cartel began moving in around 2011, sparking bloody turf battles.

Drug cartels in other parts of Mexico have deposited victims' bodies in mass graves before.

In the northern state of Durango, authorities found more than 300 bodies in a clandestine mass grave in the state capital in excavations starting in April 2011.

Those burial pits were excavated in part with the use of backhoes.

More than 250 bodies were discovered in April 2011 in burial pits in the town of San Fernando, in Tamaulipas state, close to the U.S. border.

Drug gangs in some places in Mexico have taken to burning or dissolving their victims' bodies in corrosive substances in order to avoid discovery.

But the victims In Veracruz appear to have been buried relatively whole.