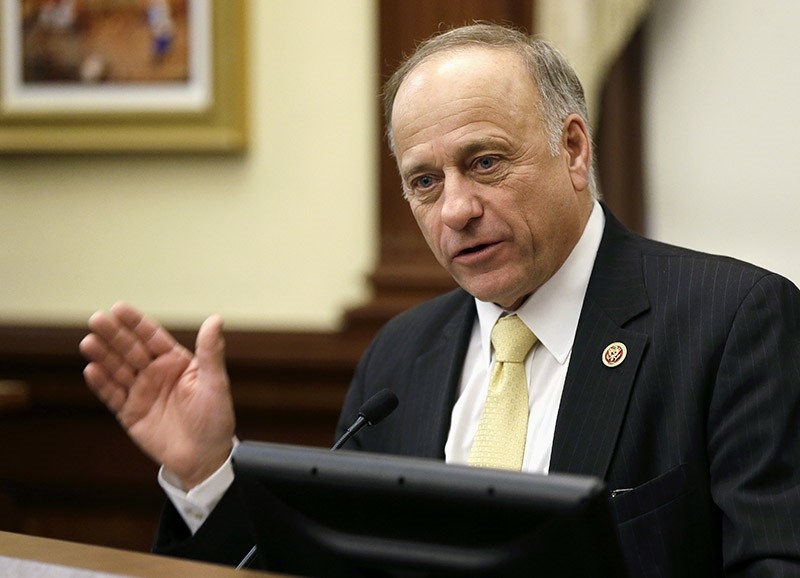 A U.S. lawmaker on Monday stood by his comments in support of a far-right Dutch politician notorious for his Islamophobic views despite growing criticism fromm Democrats and some Republicans.

Republican Representative Steve King of Iowa tweeted over the weekend that Geert Wilders "understands that culture and demographics are our destiny. We can't restore our civilization with somebody else's babies."

Wilders understands that culture and demographics are our destiny. We can't restore our civilization with somebody else's babies. https://t.co/4nxLipafWO

King's tweet came during a bitter row between two U.S. allies in the NATO, Turkey and the Netherlands, over the ban on Turkish ministers holding meetings with Turks in Rotterdam on Saturday. Amid the rise of far-right in Europe, several other European countries have followed suit.

When confronted during a CNN interview, King, King, who has served in the House since 2003, said he "meant exactly what I said.

He repeatedly dodged the question of whether he considered all Americans equal irrespective of differences.

King's remarks have sparked outrage, including among Republican lawmakers who viewed the comments as racist and xenophobic.

Pressed on the issue Monday night, House Speaker Paul Ryan told Fox News that he disagreed with the statement.

"We're a melting pot. My family's here because the potatoes stopped growing in Ireland," he said. "The American idea is this beautiful idea which is there for everyone, which is that the condition of your birth doesn't determine your outcome in life."

Ryan said he hasn't spoken with King. "I'd like to think he misspoke and it wasn't really meant the way it sounds and hopefully he's clarified that," Ryan said.

Most members of the House were still back in their home districts Monday, muting reaction from King's colleagues. But two Florida Republicans took to Twitter to voice their displeasure.

Rep. Ileana Ros-Lehtinen, who is of Jewish-Cuban descent, responded to the congressman on Twitter, telling him to "get a clue".

"Diversity is our strength. All looking alike is such a waste. A travesty. I wanna be me. All others are taken," the Florida Republican wrote on Twitter.

Rep. Carlos Curbelo, who was born to Cuban exiles who fled Fidel Castro's regime in the 1960s, asked King via Twitter: "What exactly do you mean? Do I qualify as "somebody else's baby?" #concernedGOPcolleague"

Rep. John Lewis, D-Ga., a civil rights leader in the 1960s, said the United States is a melting pot of cultures, traditions, appearance and languages.

"Rep. King's statement is bigoted and racist. It suggests there is one cultural tradition and one appearance that all of humanity should conform to," Lewis said. "These ideas have given rise to some of the worst atrocities in human history, and they must be condemned."

King's tweet included a cartoon featuring Wilders, which was posted on an anti-EU account. The Dutch politician is depicted plugging a hole on the wall of "Western Civilization", which appears threatened by a surging wave of green, toxic-looking substance carrying the Islamic star and crescent.

The anti-Islam, anti-immigration Party for Freedom led by Wilders, who some are calling the "Dutch Donald Trump", is neck and neck with the ruling party ahead of the March 15 general election.

King's comments over the weekend are not the first to have proven as a lightning rod.

He infamously said in July 2013 that while some children who were brought to this country illegally are now highly successful students, for each of them "there's another 100 out there who weigh 130 pounds and they've got calves the size of cantaloupes because they're hauling 75 pounds of marijuana across the desert." At the time, King similarly refused to back down from the incendiary statement.