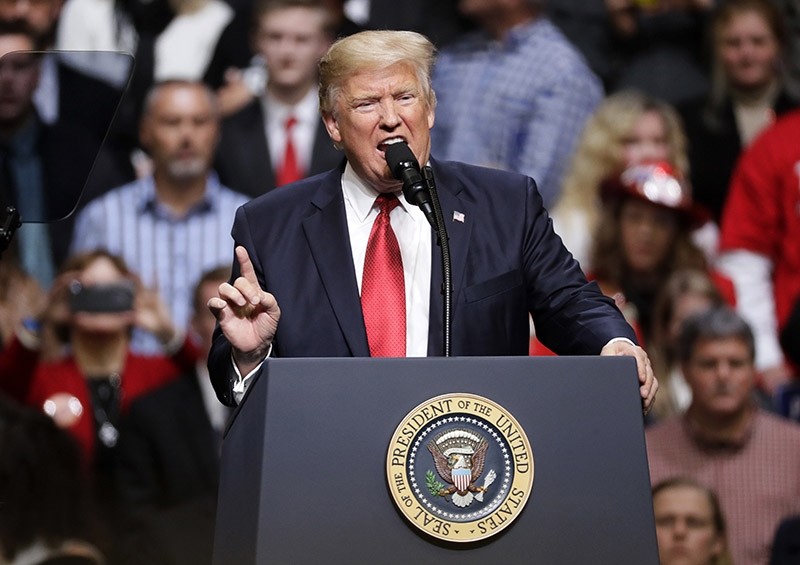 The budget proposal for the fiscal year beginning on Oct. 1 is a first shot in a battle with Congress - which controls the government's purse strings - that will play out over months and may yield spending levels far from those Trump requested.

Congress, controlled by Trump's fellow Republicans, may reject some or many of the cuts to the U.S. State Department and Agency for International Development (USAID) budgets, which pay for everything from maintaining America's diplomatic corps to fighting poverty, promoting human rights and improving health in foreign nations.

The White House is proposing a combined $25.6 billion budget for the State Department and USAID, a 28 percent reduction from current spending, according to documents provided by the White House on Thursday.

"It is time to prioritize the security and wellbeing of Americans, and to ask the rest of the world to step up and pay its fair share," Trump said in a letter introducing his budget, which calls for large increases in U.S. defense spending.

The Pentagon will be the major winner with a nearly 10 percent boost -- shoveling more cash toward a defense budget already greater than that of the next seven nations combined.

Separately, around $4 billion will be earmarked this year and next to start building a wall on America's southern border.

Trump has repeatedly claimed that Mexico will pay for that wall -- which will cost at least $15 billion, according to estimates by the Bernstein Research group, a consultancy firm.

Trump's broad-brush proposal covers only a fraction of the $3.8 trillion federal budget -- which is dominated by healthcare, pension and other baked-in costs.

The text will be heavily revised and fleshed out by Congress, before a full budget is released around May.

In that sense, the plan is as much a political statement as a fiscal outline: a fact not lost on the White House.

Playing to the base

"This is a hard power budget, it is not a soft power budget" said White House budget chief Mick Mulvaney.

The former Congressman said he trawled through Trump's campaign speeches for inspiration.

The budget is a signal to Trump's supporters that he is a "man of action" and not a "typical politician."

Trump is looking to rally his base, amid multiple controversies over his Twitter outbursts, Russian meddling in the election that brought him to power and a simmering rift with Congressional Republicans over healthcare reform.

According to Gallup, Trump has approval ratings of 40 percent, a low for any modern president weeks into his tenure.

But security has been a major vote winner. An Economist/YouGov poll found that 51 percent of Republicans believe the United States will be safer from terrorism at the end of his term.

The budget may also be seen as a signal to the world that Trump's United States may be less engaged and will put "America first."

Diplomats and some former defense officials have already warned that less spending on things like democracy promotion and humanitarian aid will spell more trouble, and military spending, down the road.

More than 120 retired generals and admirals recently signed a letter warning "that many of the crises our nation faces do not have military solutions alone."

They cited Jim Mattis, now defense secretary, as once saying "if you don't fully fund the State Department, then I need to buy more ammunition."

That is in keeping with Trump's promise to gut regulation.

"We believe that the core functions (of the EPA) can be satisfied with this budget," said Mulvaney.

On Wednesday, Trump traveled to Detroit, the home of the American auto industry -- and announced he will freeze targets to limit future vehicle emissions.

But Trump's plan is already coming under fire from Democratic lawmakers.

"It will prescribe drastic cuts in many of the programs and agencies that keep America safe, whether it's environmental programs, whether it is food safety, drug safety," said Kentucky representative John Yarmuth.

The ranking member on the House budget committee speculated that the proposal could be a negotiating position, an opening salvo in Trump's "art of the deal."

"If they want to negotiate with the health and safety and future of the American people, then that's pretty cynical," he said.