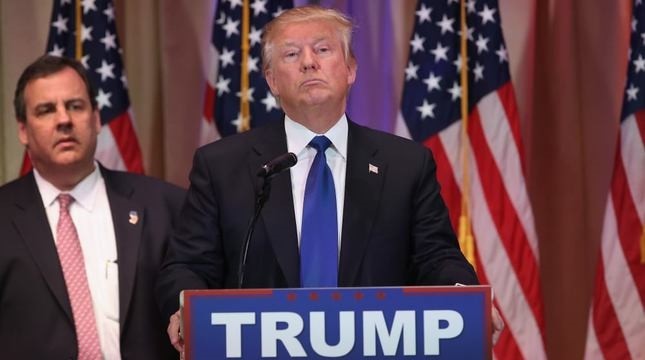 by Angelos Berberakis Mar 16, 2017 12:00 am
On March 15, federal judge Derrick Watson of the District of Hawaii issued an "order granting a motion for a temporary restraining order,"once again hindering President Donald Trump's plans to shut America's borders to six terror-prone countries. The original executive order, which was blocked by the 9th Circuit Court of Appeals, is still under legal scrutiny. The arguments against the latest order, however, are not based on the legal trouble regarding green card holders, but on campaign rhetoric from over a year ago.

The president, in a rally in Nashville, Tennessee, called the judge's decision an "unprecedented judicial overreach … the law and the Constitution give the president the power to suspend immigration when he or she deems it necessary … This ruling makes us look weak! Which by the way we no longer are, believe me; just look at our borders," referring to the nearly 40 percent drop in borders crossing last month. He then threatened to take the case "as far as it needs to go, including all the way up to the Supreme Court, … We're going to keep our citizens safe."

The court cites discrimination against Muslims, even though Trump's order doesn't affect some 90 percent of the world's Muslim population. However, due to campaign rhetoric from 2015 and 2016 leading up to the election in November, the judge felt that the accusations of Islamophobia were relevant.
In December 2015, then-candidate Trump worried about terrorist attacks such as the ones that had occurred in Europe stating that he was "calling for a complete and total shutdown of Muslims entering the United States until our country's representatives can figure out what the hell is going on."

In another interview with CNN in March 2016, Trump was asked whether he thought Islam was at war with the West and he answered, "Islam hates us, there's something there. There's tremendous hatred there. We have to get to the bottom of it."

The statements were only fuel to the already large fire that had been gathering strength around Trump. However, he did not seem to be affected by the negative media and political backlash and did not retract his statements.

Trump's legal team went to great lengths to cite precedents on the use of the president's authority to temporarily shut down immigration from troubled regions, including U.S. Code 1182 (f), which grants the president clear authority on all matters regarding immigration and its suspension.

The executive order states: "Under these authorities, I [the President] determined that, for a brief period of 90 days, while existing screening and vetting procedures were under review, the entry into the U.S. of certain aliens from the seven identified countries [Iran, Libya, Somalia, Sudan, Syria, and Yemen]—each afflicted by terrorism in a manner that compromised the ability of the U.S. to rely on normal decision-making procedures about travel to the US—would be detrimental to the interests of the U.S. Nonetheless, I permitted the Secretary of State and the Secretary of Homeland Security to grant case-by-case waivers when they determined that it was in national interest to do so."

The order also pauses the U.S. refugee admissions program for a period of 120 days until proper vetting could occur, citing terrorist attacks by refugees in recent years.

The Supreme Court has accepted and validated this "plenary power"of the president. It declared in its 1950 judgment Knauff vs. Shaughnessy:
"It is not within the province of any court, unless expressly authorized by [congressional] law, to review the determination of the political branch of government to exclude a given alien," which is also supported by US Code 1182 (f).

Now the president will most likely take the case to the Supreme Court to overrule the judges and enact his executive order.
Last Update: Mar 16, 2017 10:13 pm
RELATED TOPICS