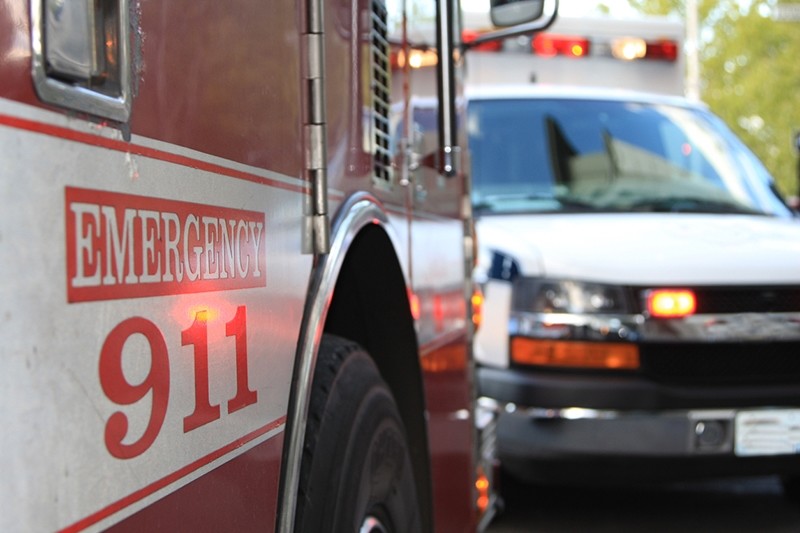 A New York emergency medical technician and mother of five who authorities say was "bravely doing her job" was killed when she was run over by her own ambulance that had just been stolen.

Yadira Arroyo, 44, and another EMT were in the process of responding to a call Thursday night in the Bronx when they were alerted that a man was riding on the back bumper of their ambulance, Fire Commissioner Daniel Nigro said.

"So, they stopped the ambulance, they got out to see what was happening. This person, in turn, went around the other side of the ambulance and got into the driver's side," Nigro said.

The man then put the ambulance in reverse, striking Arroyo, who fell and got caught beneath the wheels, fire officials said.

"They were acting very bravely. They certainly wanted to continue on their way to the call. This person had no business being in this ambulance," Nigro said.

Video posted on Twitter by a bystander shows the ambulance speeding across an intersection with one of its doors open, its lights flashing and the body of one of the EMTs being dragged beneath the vehicle.

The ambulance then crashed into several parked cars and got stuck on a snowbank. A passing Metropolitan Transportation Authority K-9 officer subdued the 25-year-old suspect with the help of a bystander.

The other EMT was in the passenger seat of the ambulance as it was being stolen. She was being treated at a Bronx hospital for minor injuries, police said.

"I want to thank those good Samaritans who helped apprehend the perpetrator," Mayor Bill de Blasio said at the hospital. "A lot of heroism was on display amidst a great tragedy."

Police did not immediately identify the man who was arrested.

"We know our EMTs are brave. They do crucial work — they save lives — but they should not ever have to be subjected to violence. And yet, that danger always exists for them," de Blasio said.

Gov. Andrew Cuomo tweeted late Thursday: "EMTs are heroes who help countless New Yorkers every day. Tonight's tragedy in the Bronx is horrible. My deepest sympathies to the family."

The video posted on Twitter captured both the arrest of the driver, and a scene of anguish as the second EMT kneeled, sobbing, over the body of her fallen partner.

Justin Lopez, 20, told the Daily News that he shot the video of the episode as his brother was driving.

"I was coming from the street, up to the red light and I just saw the ambulance, the sirens and lights, and I told my brother 'Look something's happening,' and then somebody just hopped in, and then he hit two cars and ran over the person," he said. "I realized he was hijacking the car."