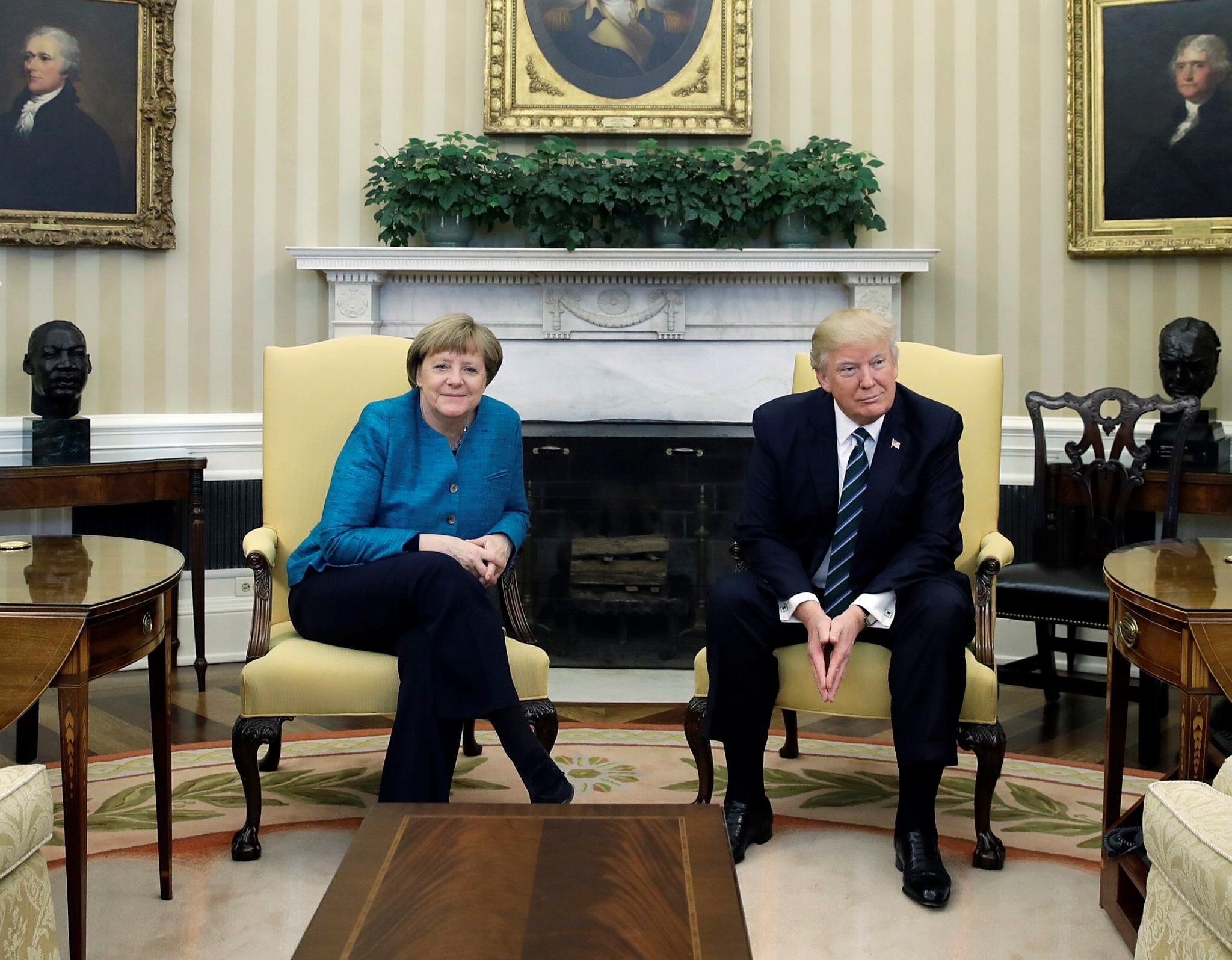 President Donald Trump said on Friday that he told German Chancellor Angela Merkel that he has "strong support" for NATO but that allies "must pay what they owe."

Trump, made his first appearance with Merkel and opened their White House news conference by saying that "many nations owe vast sums of money" and that situation is "very unfair to the United States."

Trump said these nations need "to pay their fair share" in order to receive the promise of defense from the rest of the alliance.

The president has long complained that the U.S. shoulders too much of the burden of the cost of the alliance, which now comprises 28 nation.

Merkel said she was encouraged that Trump supports NATO, stressed its vital role and pledged that Germany will increase its own payments.

The unlikely pair -- a cautious German chancellor and impulsive US president -- are hoping to narrow differences on immigration and NATO but also Russia and global trade.

For years, Merkel -- a trained physicist -- had been president Barack Obama's closest international partner, with the two sharing a strong rapport and a similar deliberative approach.

With Trump, Merkel may settle for avoiding an open argument or an unkind 140-character Twitter missive from the US leader.

There was also an awkward moment during the leaders' Oval Office photo op when Trump ignored Merkel's request to shake hands, a routine gesture between the leaders.

Merkel leaned in and asked Trump, "Do you want to have a handshake?" after reporters asked whether there would be a handshake. However, Trump did not utter a word.

"Do you want to have a handshake?" In awkward exchange, Trump ignores handshake request from Merkel https://t.co/gmHlffyGx6 pic.twitter.com/og7Z7WW1rY


Before coming to office in January, the US president called Merkel's acceptance of refugees a "catastrophic mistake" and said she was "ruining Germany."

He also demanded that countries like Germany step up defense spending, a sensitive issue for a nation that has had a strong pacifist tradition since World War II and proselytizes fiscal prudence.

In a similar vein, Merkel has sought to remind -- some in the White House would say lecture -- the real estate mogul about democratic values.

Any "close cooperation," she said, must be on the basis of the "values of democracy, freedom, respect for the rule of law and human dignity, regardless of origin, skin color, religion, gender, sexual orientation or political belief."

Comments like that have prompted some of Trump's fiercest critics to declare Merkel the new "leader of the free world" -- a moniker normally taken up by the occupant of the White House.