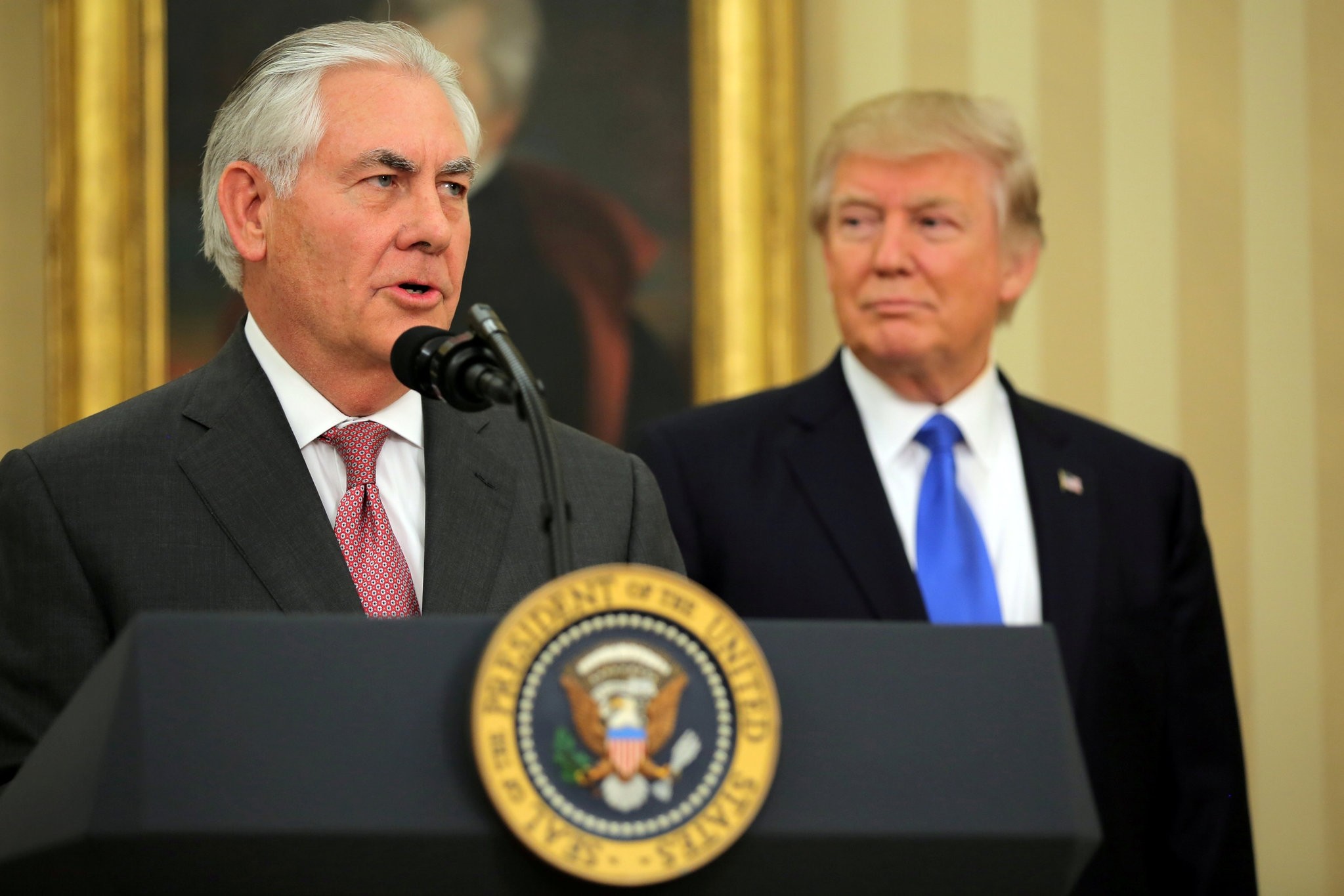 US Secretary of State Rex Tillerson will skip a NATO meeting in April but travel to Russia the same month, fuelling fears about Washington's commitment to the alliance.

Tillerson will be replaced by his deputy at the Brussels meeting on April 5 and 6, despite Washington's efforts to quash questions about US President Donald Trump's support for NATO and quest for better ties with Moscow.

Chinese leader Xi Jinping is expected to visit Trump at his Florida golf resort in early April, and Tillerson would be expected to attend, but officials did not offer this as an explanation.

Instead, they insisted Tillerson will in any case meet most of the foreign ministers from the 28-nation military alliance at the State Department this week at a conference for the coalition fighting Daesh.

"The United States remains 100 percent committed to NATO. President Trump said this in his very first address to a joint session of Congress. He said our commitment to NATO is unwavering and it remains so," acting State Department spokesman Mark Toner said Tuesday.

Toner said the decision was not unprecedented, and that secretaries of state had missed the April foreign ministers meeting in 2003 and 1999.

In Brussels, the United States will be represented by Tom Shannon, the highest ranking career diplomat left in the State Department from the previous administration and Tillerson's acting deputy.

After almost two months in the job, Tillerson has yet to appoint a deputy or any assistant secretaries, has avoided public and press events and is working with a small inner circle of advisers.

The administration, meanwhile, has been scrambling to reaffirm its commitment to Washington's military alliances -- including NATO -- after Trump called into question their usefulness during the presidential campaign.

Just last week, after meeting Chancellor Angela Merkel at the White House, Trump took to Twitter to claim that Germany owes "vast sums of money to NATO and the United States," reviving his charge that US allies are not paying their way.

But the United States is by far the North Atlantic alliance's leading partner, and Tillerson's absence from its foreign ministers' meeting will be noted with concern, especially by newer East European members on its exposed east flank.

NATO Secretary General Jens Stoltenberg was in Washington for meetings at the Pentagon ahead of Wednesday's coalition talks, but he refused to respond to questions on Tillerson's decision.

In Brussels, NATO officials played down the snub.

"All allies are represented at NATO ministerial meetings, which are important regular events. It's up to allies to decide at what level they are represented," one said.

Stoltenberg "will continue his regular contacts with the US administration, which has confirmed its strong commitment to NATO, both in words and in deeds."

But former US officials expressed concern at the message Tillerson is sending.

Ivo Daalder, a former US ambassador to NATO and now president of the Chicago Council think tank, wrote on Twitter that the decision "feeds growing allied doubts about US commitments."

He also dismissed the State Department's attempt to build up this week's anti-IS meeting, saying the April foreign ministers' meeting is crucial preparation for the full NATO summit that Washington "can't miss."

In Brussels, a NATO spokeswoman confirmed that the heads of state summit, which Trump is expected to attend, will go ahead on May 25.

Another former ambassador to NATO, Harvard professor Nicholas Burns, said: "Of course Secretary Tillerson should be at the NATO meeting. We are the leader of NATO and should meet with allies before Russia."

Under Obama, the United States worked with NATO to shore up support for the pro-western government in Kiev after Russia's annexation of Crimea and its support for a bloody uprising in eastern Ukraine.

Combined with economic sanctions, the deployment of more NATO troops from Western members to frontline Eastern allies in the Baltics and Poland was intended to send a signal to Moscow that further intervention would not be tolerated.

But during his successful 2016 presidential campaign, Trump struck a more emollient tone with Moscow, even expressing admiration for Russian President Vladimir Putin, while dismissing NATO as "obsolete."