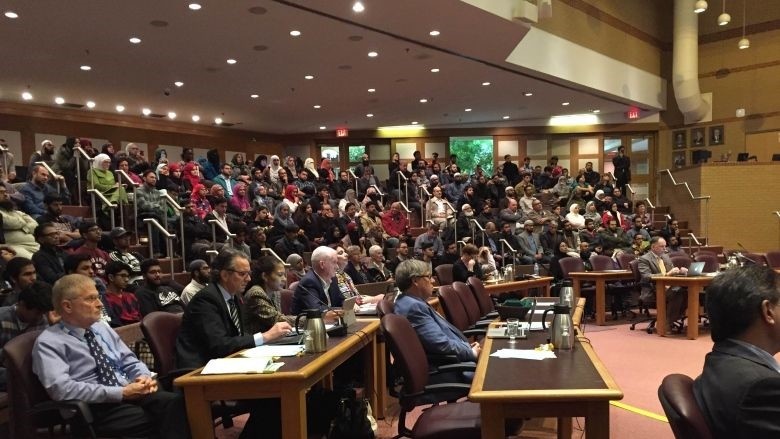 Two Canadian provincial ministers on Thursday expressed support for Muslim students attending prayers after a district school board concluded that weekly Friday prayers do not interefer with education, amid opposition by some when a protester tore up a Quran.

Following a meeting of Peel District School Board, Ontario Education Minister Mitzie Hunter and Children and Youth Services Minister Michael Coteau highlighted that they will not tolerate discrimination of any sort, including racism and Islamophobia.

For over two decades, the Peel District School Board has allowed Muslim students to attend weekly Friday prayers and some recently opposed it and called for its cancellation.

The school board's meeting witnessed interruptions, as somebody in the audience tore pages of the Qur'an, and others yelled 'fairly horrific' anti-Muslim comments, the Globe and Mail reported.
Peel police cleared the meeting room after over 80 protesters refused to calm down.

Both ministers have noted that the permission for Muslim students to pray does not violate the Canadian Charter of Rights and Freedoms, or the Ontario Human Rights Code.

"While it is our expectation that all public school boards comply with the Canadian Charter of Rights and Freedoms and the Ontario Human Rights Code, we know that hate continues to spread, even in the most diverse regions of our province," the ministers said in a joint statement.

On Thursday, the Canadian parliament passed an anti-Islamophobia motion to combat Islamophobia.