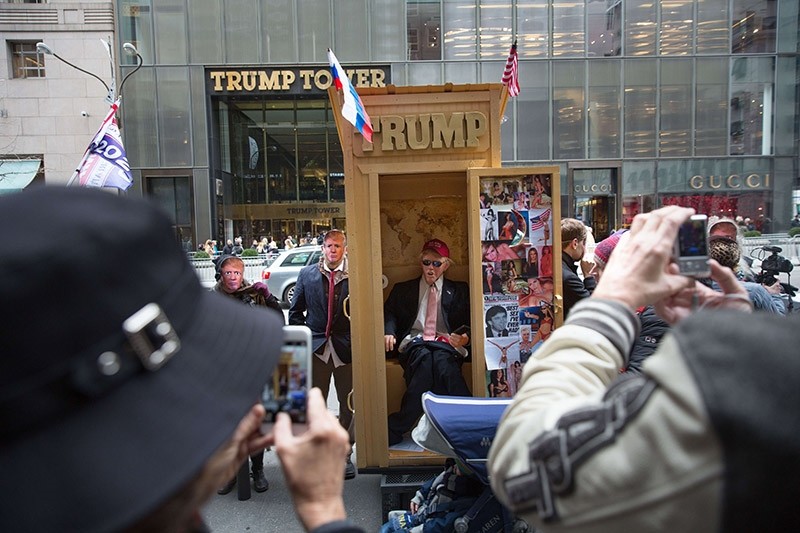 Wearing Donald Trump masks and marching behind a life-sized doll of the president sitting on a toilet, dozens of people took part Saturday in a wry and often bizarre April Fool's Day march in New York.

"Donald Trump has been elected King of Fools this year -- unanimously," Joey Skaggs, organizer of the parade, told AFP.

This year's edition fell on a cool gray day and was smaller than usual, but no less colorful.

An effort to set a world's record for the largest collection of Trump look-alikes may have fallen a bit short, but onlookers seemed to enjoy it.

Marchers, many wearing masks of the real estate mogul-turned-president, walked behind a rolling outhouse in which a large Trump doll sat on the toilet.

The parade began in front of Central Park on Fifth Avenue and ended before Trump Tower, where the president's wife Melania and young son Barron are still living.

"We need to take every opportunity we have to show our feelings about the fool in the White House," said Judy, a 55-year-old artist, who sported a Trump mask but declined to give her last name.

New York, one of the most diverse and politically liberal cities in the country, has been the scene of dozens of protests against Trump since his stunning election victory over Hillary Clinton in November.