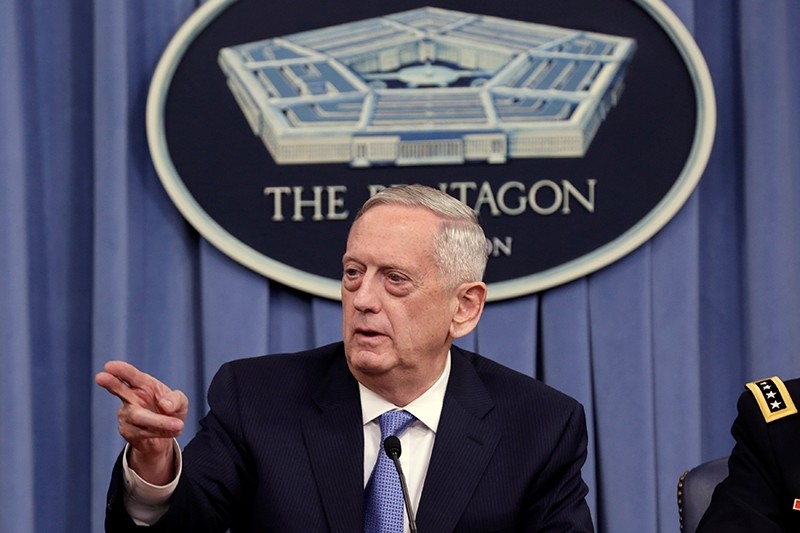 The United States has "no doubt" that the Assad regime was responsible for last week's chemical attack on an opposition-held town that left dozens dead, Pentagon chief Jim Mattis said Tuesday.

Mattis told reporters that Washington's military strategy in Syria had not changed even after its retaliatory missile strikes on a Syrian air base, noting "our priority remains the defeat" of the Daesh terrorist group.

"There is no doubt the Syrian regime is responsible for the decision to attack and for the attack itself," Mattis said.

"In response to the attack," U.S. national security officials came up with "diplomatic and military options" presented to President Donald Trump, said Mattis, who added that he also spoke with Washington's allies.

"The National Security Council considered the international prohibition against the use of chemical weapons, the Assad regime's repeated violations of that international law and the inexplicably ruthless murders the regime had committed," he said.

"We determined that a measured military response could best deter the regime from doing this again."

"ISIS represents a clear and present danger and immediate threat to Europe and ultimately a threat to the United States homeland," he said, referring to Daesh terrorist organization.

Mattis' comments came just after U.S. Secretary of State Rex Tillerson arrived in Russia on Tuesday to confront the Kremlin over its support for Assad.

A U.S. official speaking on condition of anonymity said Washington was investigating whether Russia was complicit in the alleged chemical weapons attack.