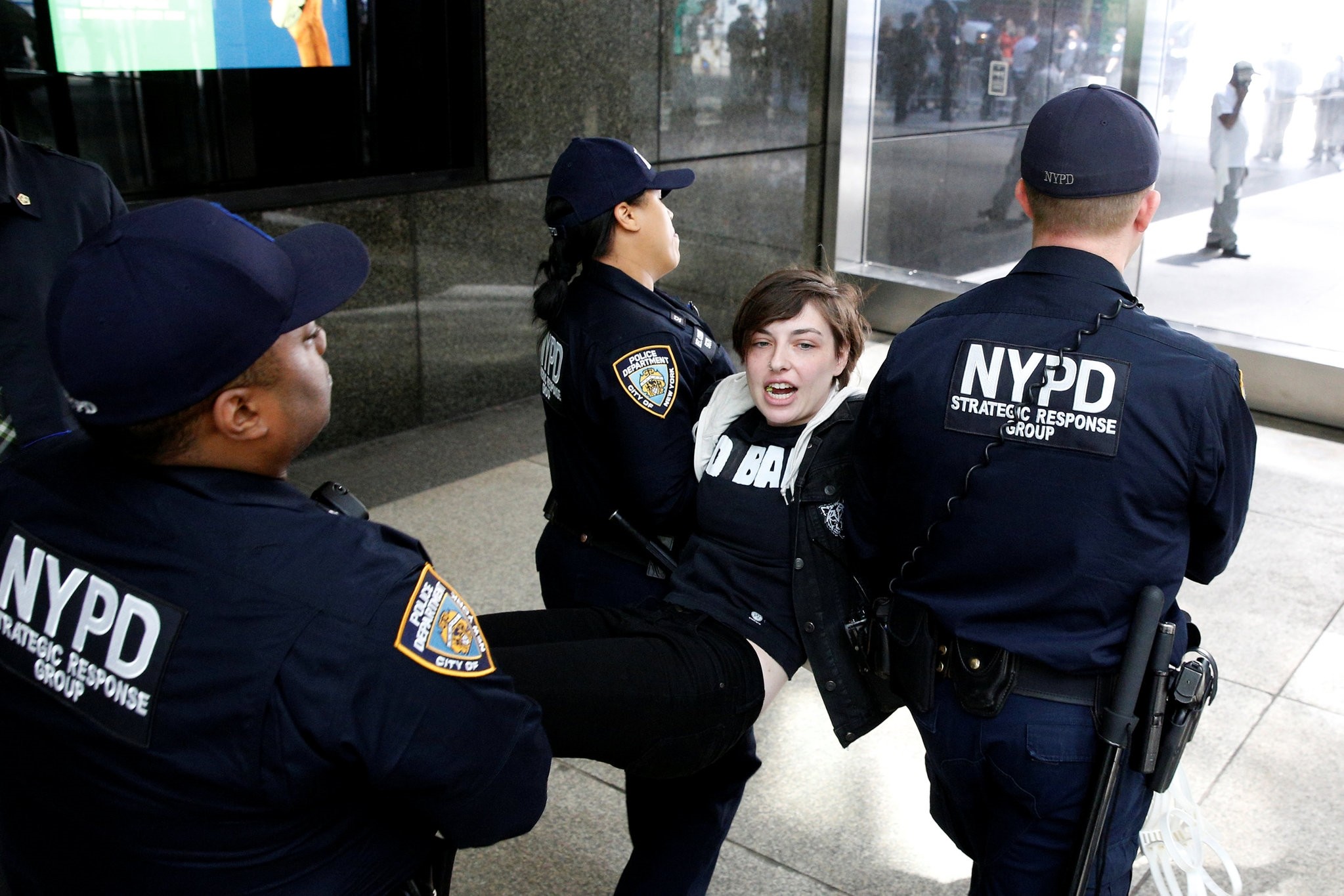 The demonstrators who sat in front of the elevators and chanted "no ban, no raids, no wall!" led security forces to close public accesses to the president's signature property, a commercial and residential skyscraper where first lady Melania Trump and son Barron Trump stay while the president is in Washington.

The building in the heart of the Fifth Avenue shopping district was also home to Trump's campaign and has been his primary residence for years. The lobby is open to the public, though security was tightened as the 2016 campaign progressed and he was elected president.

Charges were pending, a police said in a statement.

The demonstrators wore T-shirts with slogans such as "No wall," in reference to Trump's proposal to build a wall on the southern border with Mexico, and "No raids," referring to U.S. arrests of suspected undocumented immigrants.