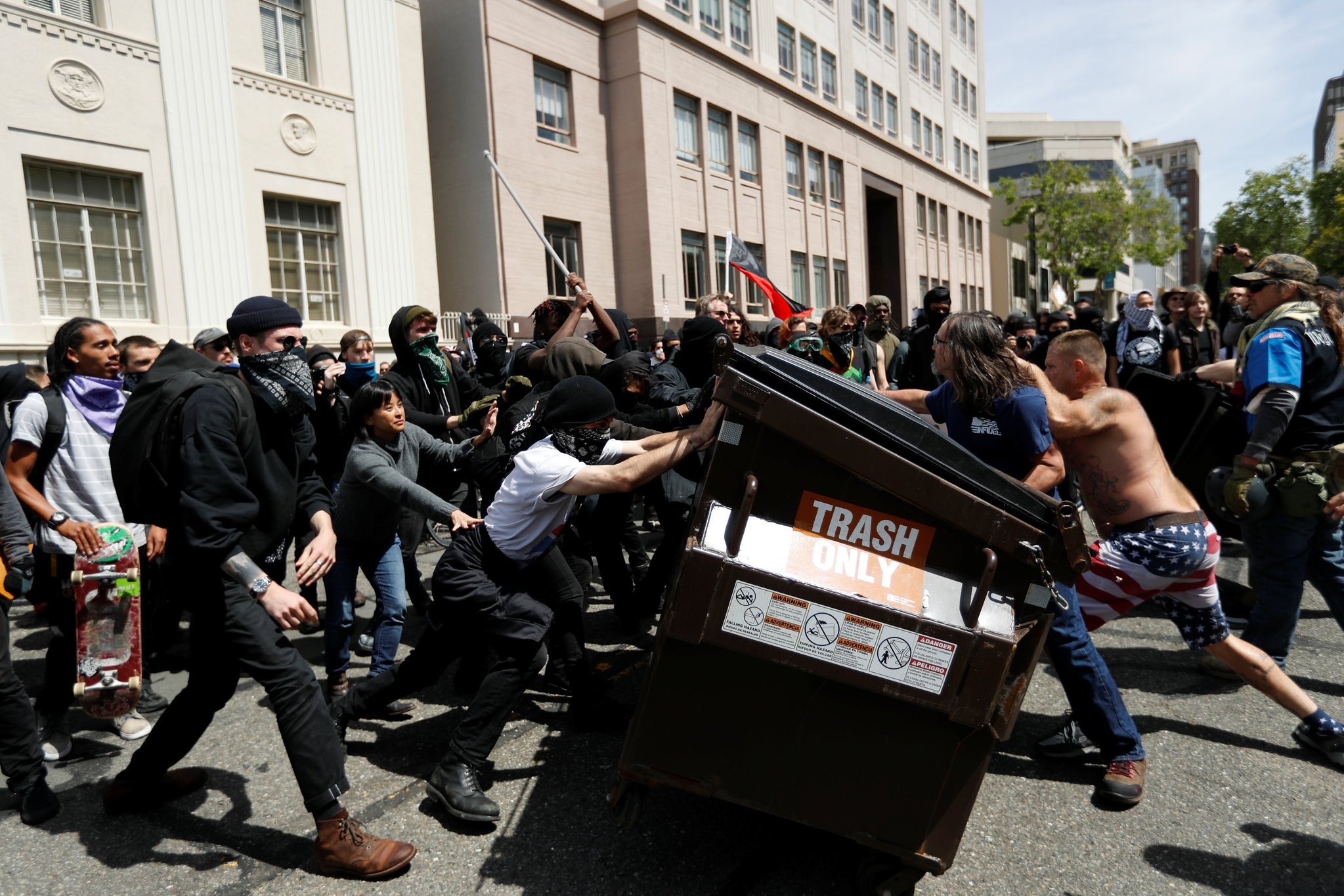 At least 21 people were arrested after opponents of President Donald Trump and supporters clashed at a march in Berkeley, California, U.S. media said Saturday.

Hundreds of people gathered at a park, including Trump supporters who held a free speech rally, while opponents of the president's policies shouted and chanted. Several fights broke out, according to the East Bay Times newspaper.

The Los Angeles Times reported that 21 people were taken into custody.

"We're going to review any surveillance video recordings from the area, as well as videos the public sends in to us, and perhaps send out arrest warrants for those people as well," Berkeley police spokesman Byron White told CNN.

Activists waved signs reading: "No! Pussy-Grabbing! No! Patriarchy! No! Fascist USA! Drive out Trump-Pence regime!" and "Fascist scum your time is done."

The protests were timed to coincide with the traditional April 15 deadline for U.S. tax filings.

Thousands of protesters gathered Saturday in cities across the United States to pressure Trump to release his tax returns, a move of transparency he has refused to make.