US and China working jointly on ’North Korean problem,’officials say 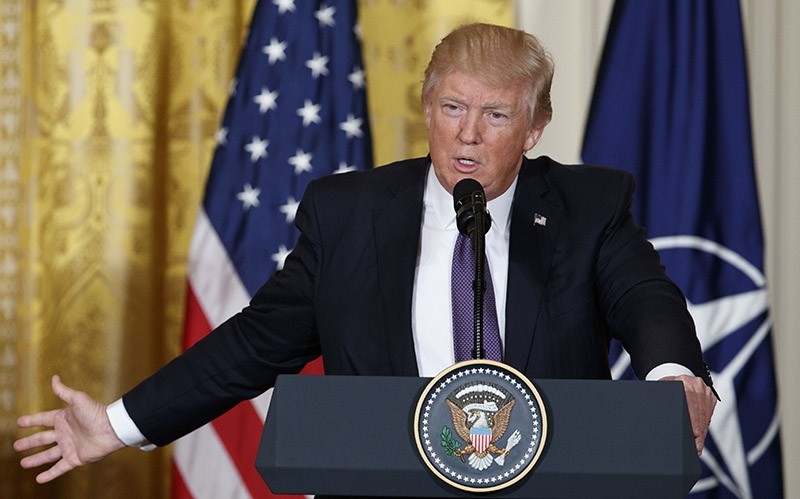 In this April 12, 2107 file photo, President Donald Trump speaks during a news conference in the East Room of the White House in Washington (AP Photo)
by Daily Sabah Apr 17, 2017 12:00 am

The United States and China are jointly working together as Donald Trump considers a range of options to solve the North Korean problem through peaceful means, Gen. Herbert Raymond McMaster, National Security Advisor to Trump said on Sunday. In his first public remarks, McMaster told ABC news that the U.S. would rely on its allies and China to put an end to the North Korean issue.

Trump's advisor judged the latest launch to fit into "a pattern of provocative and destabilizing and threatening behaviour." The aim, McMaster said, should be to stop the North's weapons development and make the Korean Peninsula nuclear-free: "It's clear that the president is determined not to allow this kind of capability to threaten the United States. And our president will take action that is in the best interest of the American people."

Donald Trump, who had discussed North Korea with Chinese President Xi Jinping during a meeting last week, went public with a tweet from his residence in Florida, disclosing his decision not to label China a currency manipulator as he wants to cooperate with China on the North Korean issue: "Why would I call China a currency manipulator when they are working with us on the North Korean problem? We will see what happens!"

U.S. Vice-President Mike Pence, on a previously scheduled mission to Asia, was flying over the Bering Sea when the North Korean missile exploded. Speaking to American troops in South Korea during an Easter service, Pence said that this incident was just the latest reminder of the risks each one faced in the defence of the freedom of the people of South Korea and the defense of America in that part of the world: "Your willingness to step forward, to serve, to stand firm without fear, inspires the nation and inspires the world."

While the current missile launch was not a proper nuclear test, North Korea aims to equip intercontinental missiles (ICBM) with miniaturized nuclear warheads. The North regularly launches short-range missiles, but is now developing mid-range and long-range missiles in order to be able to reach targets around the world. The U.S., who assesses the North Korean weapon development program to be a direct threat to U.S. troops in Asia and eventually the U.S. mainland, had settled on a policy dubbed "maximum pressure and engagement," U.S. officials said Friday. The administration's immediate emphasis would be on increasing pressure on Pyongyang with the help of Beijing.