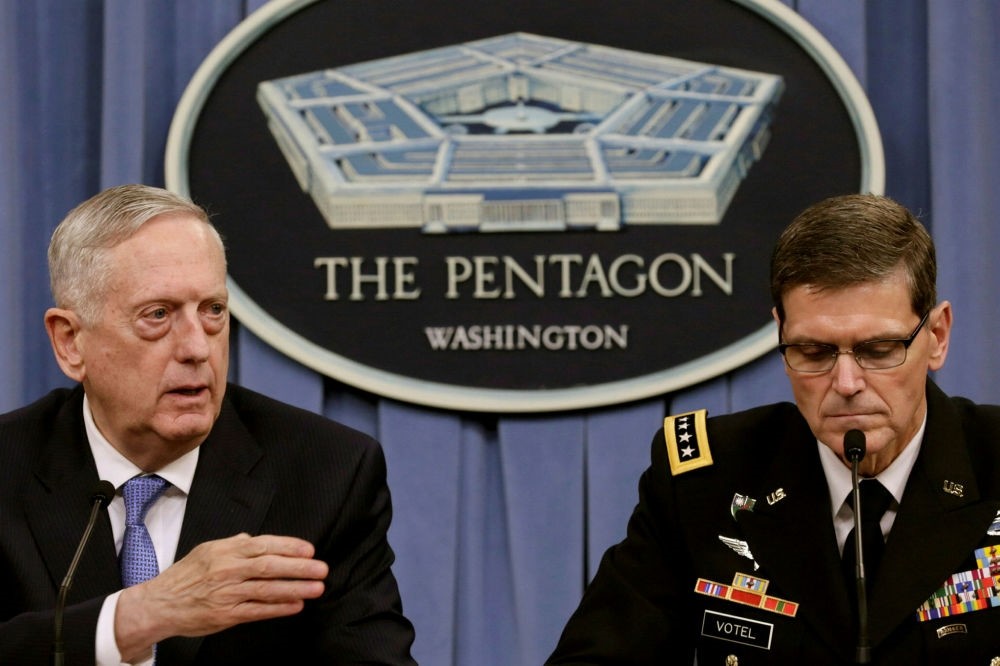 Amid increasing tensions on the Korean Peninsula over Pyongyang's missile launches, the Pentagon has announced a review of its nuclear policy at the direction of President Trump

Pentagon chief Jim Mattis has ordered the start of a review of America's nuclear deterrent to ensure it is "safe, secure, effective, reliable and appropriately tailored to deter 21st-century threats and reassure our allies," officials said. Pentagon's announcement came amid North Korea intensified concerns over its nuclear weapons program with a vow to launch missile tests "every week."

Pentagon chief spokesperson Dana W. White noted that a final nuclear situation review report would have been submitted to the White House by the end of the year.

Trump instructed the defense secretary to conduct nuclear surveillance to determine whether the nuclear power of the United States was safe and effective in order to have the capability to deter 21st century threats, and assure allies.

North Korea, which is intent on developing a nuclear-tipped ballistic missile capable of reaching the mainland United States, defied international pressure Sunday with a test that failed immediately after launch.

As fears grow that it may also be preparing for its sixth nuclear weapons test, Vice Foreign Minister Han Song-Ryol said that its program would only escalate.

"We will be conducting more missile tests on a weekly, monthly and yearly basis," Han told the BBC in an interview, threatening "all-out war" if the U.S. took any action against it.

In South Korea on the first leg of an Asian tour, U.S. Vice President Mike Pence on Monday visited the heavily fortified Demilitarized Zone separating the two Koreas and warned Pyongyang against further provocations, saying "all options are on the table."

North Korea could react to a potential U.S. strike by targeting South Korea or Japan, and officials in both countries have been ill at ease with the more bellicose language deployed by President Donald Trump's administration. Pence pointed to Trump's recent strikes on a Syrian air base and a Daesh complex in Afghanistan as a warning to Pyongyang not to underestimate the administration's resolve.

Trump has taken a hard line with North Korean leader Kim Jong Un, who has rebuffed admonitions from China and proceeded with nuclear and missile programs seen by Washington and others as a direct threat.

The United States, its allies and China are working on a range of responses to North Korea's missile test, U.S. officials have said. China itself has spoken out against the North's weapons tests and has supported U.N. sanctions. It banned imports of North Korean coal on Feb. 26, cutting off its most important export and Chinese media has raised the possibility of restricting oil shipments to North Korea if it unleashed more provocations.
Last Update: Apr 19, 2017 1:09 am
RELATED TOPICS