One killed, two injured in stabbing attack at University of Texas at Austin 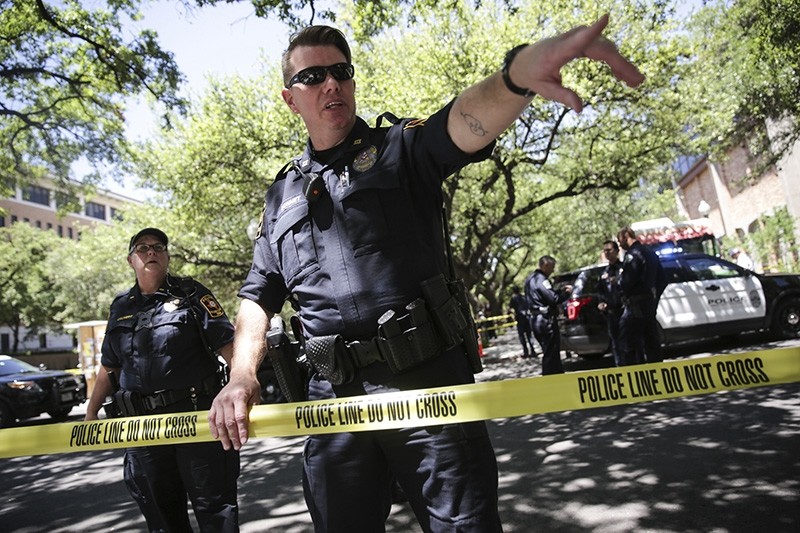 Law enforcement officers secure the scene after a fatal stabbing attack on the University of Texas campus Monday, May, 1, 2017. (AP Photo)
by Anadolu Agency May 01, 2017 12:00 am

At least one person was killed and two others were injured Monday amid a stabbing spree at a university in Austin, the capital of the U.S. state of Texas.

The suspect has been taken into custody, the University of Texas at Austin said on its Twitter account.

"There is no ongoing threat to the campus community," the university's police said on the micro-blogging website.

The department said the suspect was apprehended after two victims were stabbed and a third was assaulted near the university's Gregory Gym.

The identities of the suspect and the victims were not immediately available, nor was information on the severity of the victims' injuries.