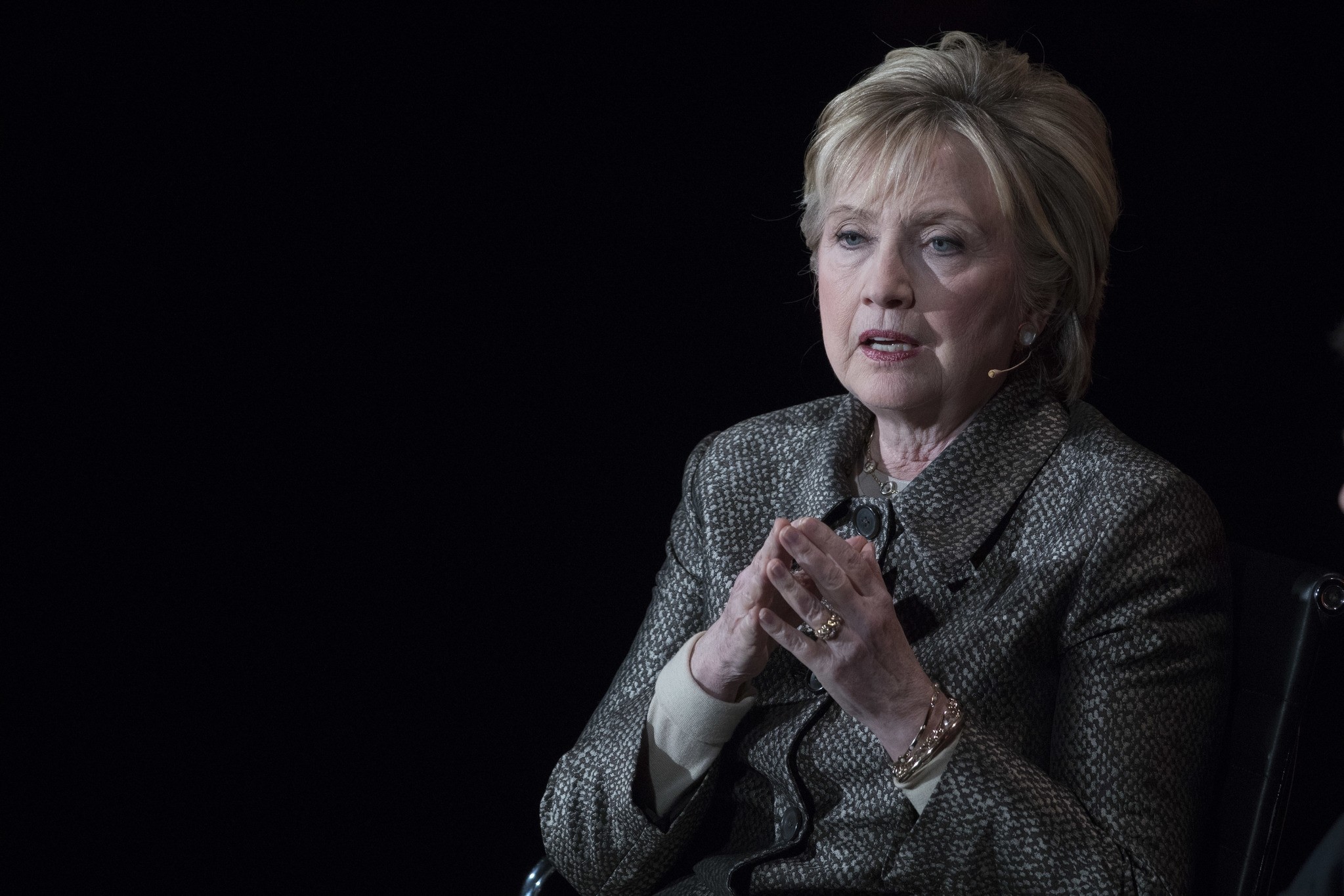 Hillary Clinton on Tuesday laid the blame for her defeat in last year's White House race squarely at the feet of FBI director James Comey and Russia's Vladimir Putin, saying they had "scared off" voters.

The Democrat, speaking at a charity luncheon in New York, said she took "absolute personal responsibility" for a series of campaign blunders that contributed to her loss against Donald Trump.

But she pointed a finger at Russian hacking and interference and at the Federal Bureau of Investigation director, who revealed just before the November 8 election he was re-opening a probe into Clinton's use of a personal email server while secretary of state.

"I was on the way to winning until a combination of Jim Comey's letter on October 28th and Russian WikiLeaks raised doubts in the minds of people who were inclined to vote for me, but got scared off," Clinton said.

"If the election had been on October 27, I'd be your president."

In January the US intelligence community announced it had concluded Russia interfered in the election -- and that Putin himself ordered a campaign to undermine the US democratic process and harm Clinton's electability in order to help Trump win.

Clinton described the Russian president as someone who was "not a member of my fan club."

"He certainly interfered in our election and it was clear he hurt me and helped my opponent," she said.

Clinton pointed to the release of an old video tape on October 7 on which Trump is heard crudely discussing groping women, and how "within an hour or two" of the tapes release, the Russian theft of Clinton staffers' emails were made public on WikiLeaks.

"What a coincidence. You just can't make this stuff up," she said.

Clinton's remarks -- which echoed CIA comments branding WikiLeaks a "hostile intelligence service" abetted by the likes of Russia -- were the most extensive and direct about her loss since the shock result last year.

"The reason why I believe we lost were the intervening events in the last 10 days," she said.

Political analysts widely consider that Clinton fell short in part because she failed to mobilize the coalition of non-whites, young voters, single women and college-educated whites who propelled Barack Obama to victory in 2008 and 2012.

She was also faulted for not spending enough campaign time in traditionally Democratic strongholds Michigan and Wisconsin, states which fell to Trump on election day.

Trump has repeatedly claimed that Democrats have focused on Russian hacking -- and alleged cooperation between Moscow and Trump associates -- to mask their bitter defeat.

"The Democrats had to come up with a story as to why they lost the election, and so badly... so they made up a story -- RUSSIA. Fake news!" Trump tweeted in February.

Clinton blamed "everybody but herself," Republican congressman Jeff Duncan said on Twitter.

The 69-year-old former first lady, US senator and secretary of state has spent decades in the public spotlight.

"I'm now back to being an active citizen and part of the resistance," she said, referring to the informal movement opposed to the Republican president.

Clinton is writing a book about her experiences, to be released later this year, and said it has been a "painful process" to relive the campaign and the mistakes she made.

"You'll read my confession and my request for absolution," she said.