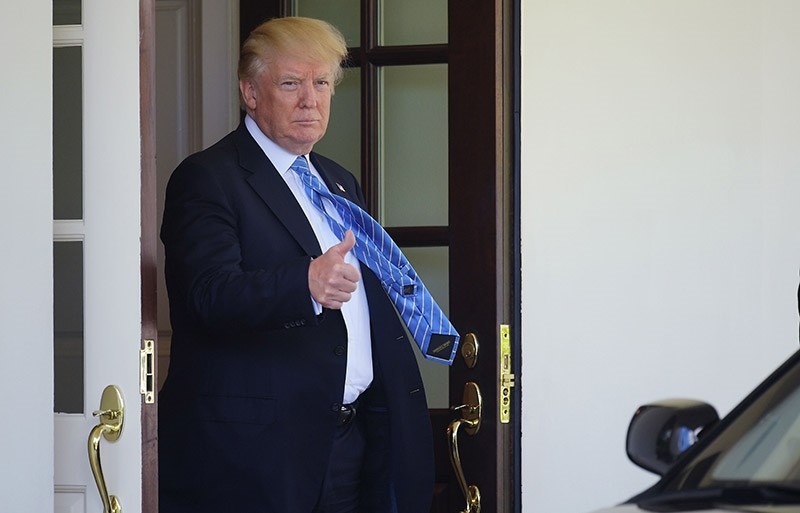 US President Donald Trump gives the thumbs-up as he bids farewell to Palestinian Authority President Mahmud Abbas after meetings at the White House on May 3, 2017 in Washington, DC. (AFP Photo)
by Compiled from Wire Services May 04, 2017 12:00 am

U.S. President Donald Trump has announced his first foreign trip will include stops to Israel, Saudi Arabia and the Vatican.

"My first foreign trip as president of the United States will be to Saudi Arabia, then Israel, and then to a place that my cardinals love very much, Rome," Trump said.

Trump said in a White House ceremony with faith leaders that his first trip will start in Saudi Arabia and include meetings with leaders across the Muslim world. He said they would seek new cooperation to "combat terrorism and violence."

Trump also confirmed Thursday that the three stops would be added to an already announced visit to NATO and G7 summits in Brussels and Sicily later this month.

Meanwhile, the Vatican said on Thursday that U.S. President Donald Trump will meet Pope Francis on May 24, adding that the meeting would take place at 8:30 a.m. (0630 GMT) in the Vatican's Apostolic Palace.