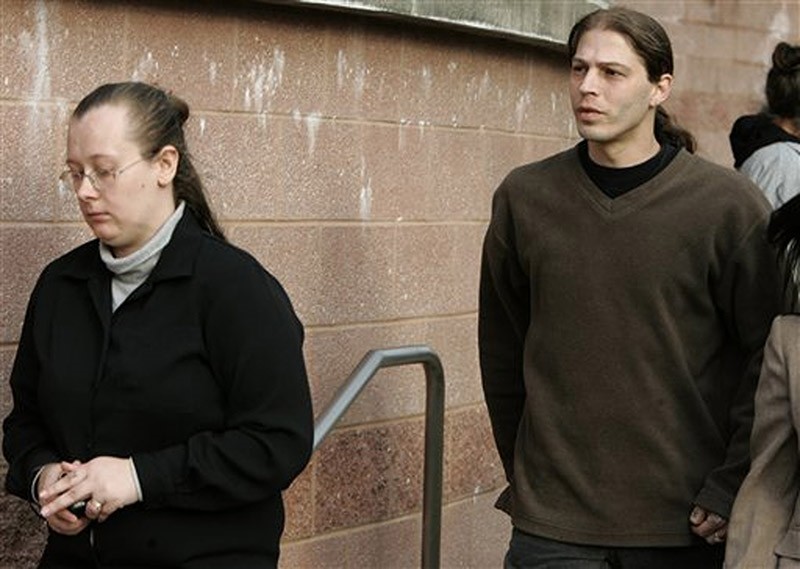 In this March 12, 2009 file photograph, Isidore Heath Campbell, right, and his wife, Deborah, leave a court in Flemington, N.J., after a hearing to determine custody of their three children with Nazi-inspired names. (AP Photo)
by Associated Press
May 11, 2017 12:00 am

He said his initials, I.H.H., stand for "I Hail Hitler," and that he gave a prayer for the Nazis on the day his name officially changed.

Hitler first gained national attention when a supermarket refused to decorate a birthday cake for his son, who's named Adolf Hitler Campbell after the Nazi leader.

Hitler said he now wants to regain custody of his four children, who are all named after various Nazis and white nationalist groups.

During a family court hearing for his youngest son, Hitler reportedly entered a New Jersey courthouse dressed in a Nazi uniform.

Court records show Hitler was ordered to seek counseling. But he refused because he says his psychologist was Jewish.