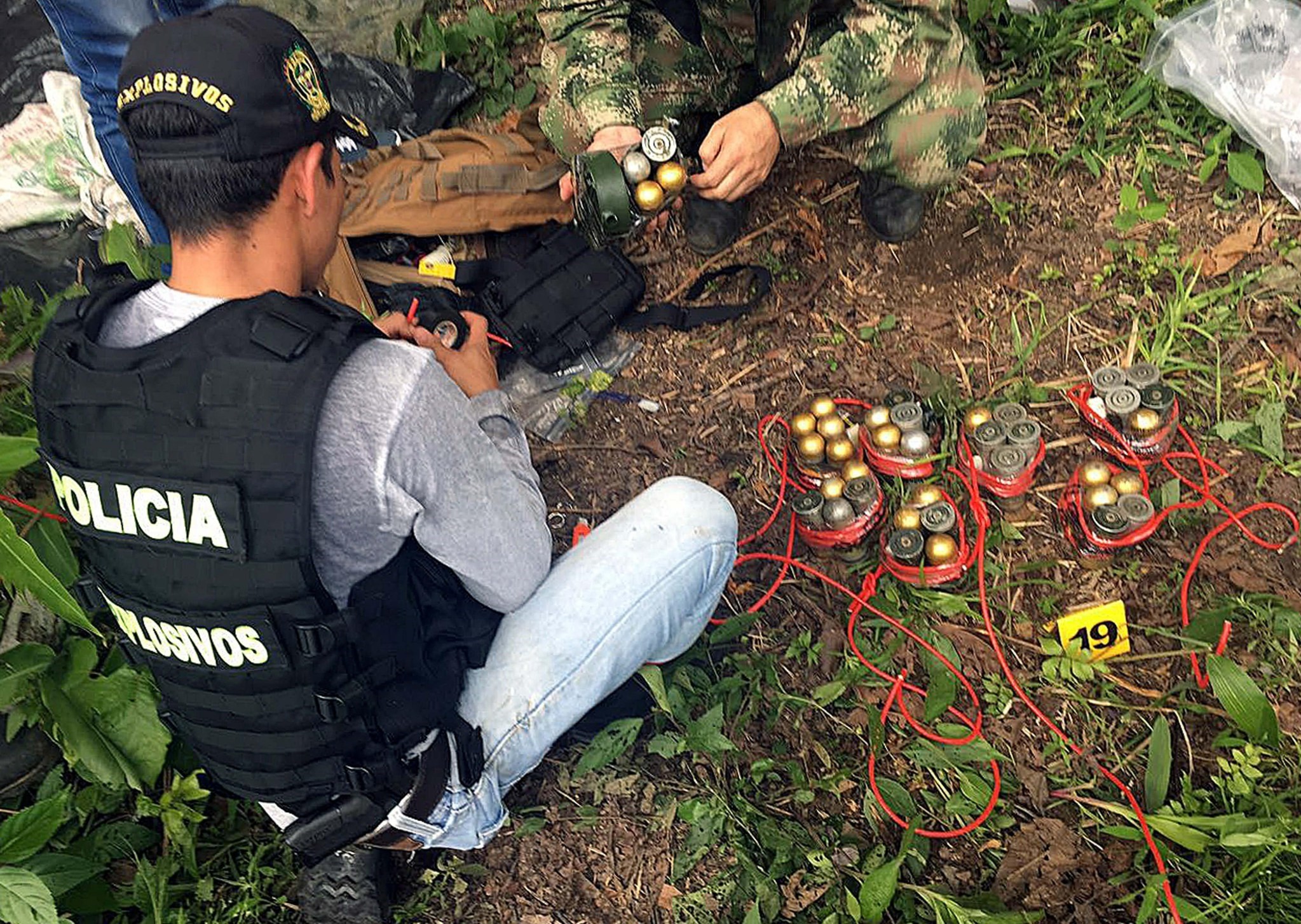 A group of Colombian FARC rebels on Friday became the first to formally complete a disarmament process under a peace accord to end a half-century conflict, United Nations monitors said.

"A first group of 12 members of the FARC received today from the UN mission a certificate of completion of individual disarmament, which allows them to formally begin their reintegration into civilian life," the UN said in a statement.

"With this event, a continuous process begins to certify the FARC members who are making the transition to civilian life after laying down their arms."

The FARC is disarming under UN supervision as part of last year's accord, which the government says will effectively end a 53-year civil conflict.

Under the accord, all the FARC's weapons are supposed to be taken away by the United Nations by the end of this month to be destroyed.

The arms were all supposed to have been handed over by May 1, but the UN said there were delays because some FARC members were late arriving at the agreed demobilization zones.

The government and the Revolutionary Armed Forces of Colombia, the country's biggest rebel group, reached a deal after four years of negotiations.

Voters rejected the deal by a narrow margin in a referendum last October.

Colombia's President Juan Manuel Santos and FARC leaders drafted a new version of the accord and the government pushed it through congress despite ongoing resistance from critics.

Critics said the deal was too lenient on FARC members since it offered some of them reduced penalties for crimes committed during the conflict.

Santos won a Nobel Peace Prize for his efforts despite the referendum setback.

Under the deal Herminsul Arellan Barajas, one of the men convicted for a FARC bombing that killed 36 people in Bogota in 2003, was released from jail on parole on Friday, a source in the penitentiary service told AFP.

The government in February opened negotiations with the last active rebel force, the National Liberation Army (ELN), in the hope of sealing a "complete peace."

The Colombian conflict erupted in 1964 when the FARC and ELN took up arms for rural land rights.

It drew in various rebel and paramilitary forces and drug gangs as well as state forces.

The conflict has left at least 260,000 people dead and displaced more than seven million, according to the authorities.