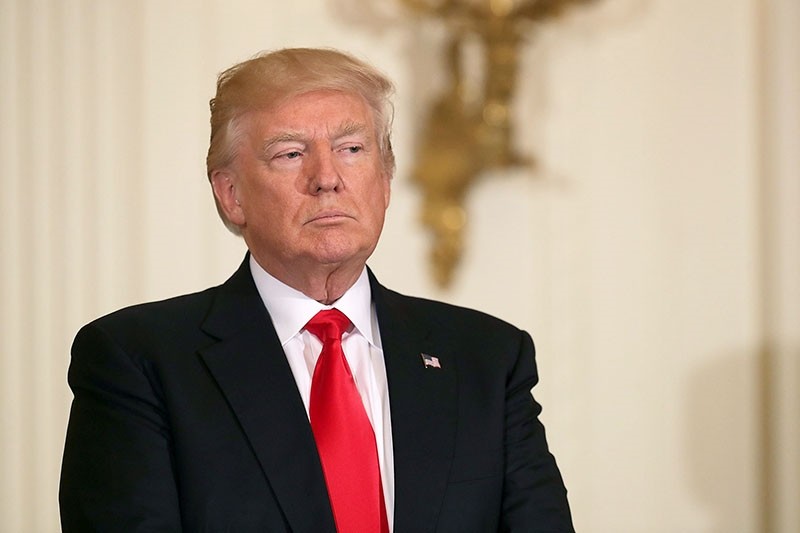 President Donald Trump threatened to shut down daily press briefings Friday as he sought to defend his White House from criticism of its shifting explanations and misstatements about the firing of FBI Director James Comey.

Trump's statements, through a tweet and later television interview, threaten a Washington institution that is the most high-profile forum for journalists to question the government about policy and the news of the day.

In the Trump era, it has become a cable TV hit and cultural touchstone. Press Secretary Sean Spicer, who was back behind the podium Friday after Sarah Huckabee Sanders subbed for him for two days, has been the subject of memorable lampoons by comic Melissa McCarthy on "Saturday Night Live."

Spicer was back to answering questions Friday about Comey's firing. The White House first said this week that Trump made the move because of a negative memo about Comey from the Justice Department, only to have the president later say he made the decision before seeing the memo. Conflicting stories were the topic of much media discussion.

That led Trump to tweet Friday morning, "As a very active President with lots of things happening, it is not possible for my surrogates to stand at podium with perfect accuracy."

He added, "Maybe the best thing to do would be to cancel all future 'press briefings' and hand out written responses for the sake of accuracy???"

In an interview with Fox News Channel's Jeannine Pirro set to air Saturday, Trump suggested eliminating the daily briefings and instead having one every two weeks — conducted by him.

"First of all, you have a level of hostility that's incredible and it's very unfair," he said. He said Spicer is a nice man "but he gets beat up." Trump would not directly answer questions about whether Spicer, who was out two days because of Naval Reserve duty, would remain in his job.

Like many administrations, the relationship between Trump and the press has been tense. Starting with Spicer's claim that the media inaccurately portrayed the size of Trump's inauguration audience, there have been questions about whether the administration is knowingly providing inaccurate information.

There was some talk as Trump took office that his administration would do things differently and cut back on press access. But Spicer and his team have kept up regular briefings. The president, a devoted viewer of coverage about himself, has given several interviews, most recently to NBC News' Lester Holt on Thursday, although he has favored Fox News' friendlier venue.

"That exercise, conducted in full view of our republic's citizens, is clearly in line with the spirit of the First Amendment," Mason said. "Doing away with the briefings would reduce accountability, transparency and the opportunity for Americans to see that, in the U.S. system, no political figure is above being questioned."

Spicer said Trump's "robust schedule" means that "sometimes we don't get an opportunity to get in to see him and get his full thinking. We work very hard to get you the most accurate and up-to-date information every day."

In the Fox interview, Trump seemed to herald his own work ethic.

"I'm not saying it any way," Trump said. "Another president, Jeannine, will sit in the Oval Office and do practically nothing all day."