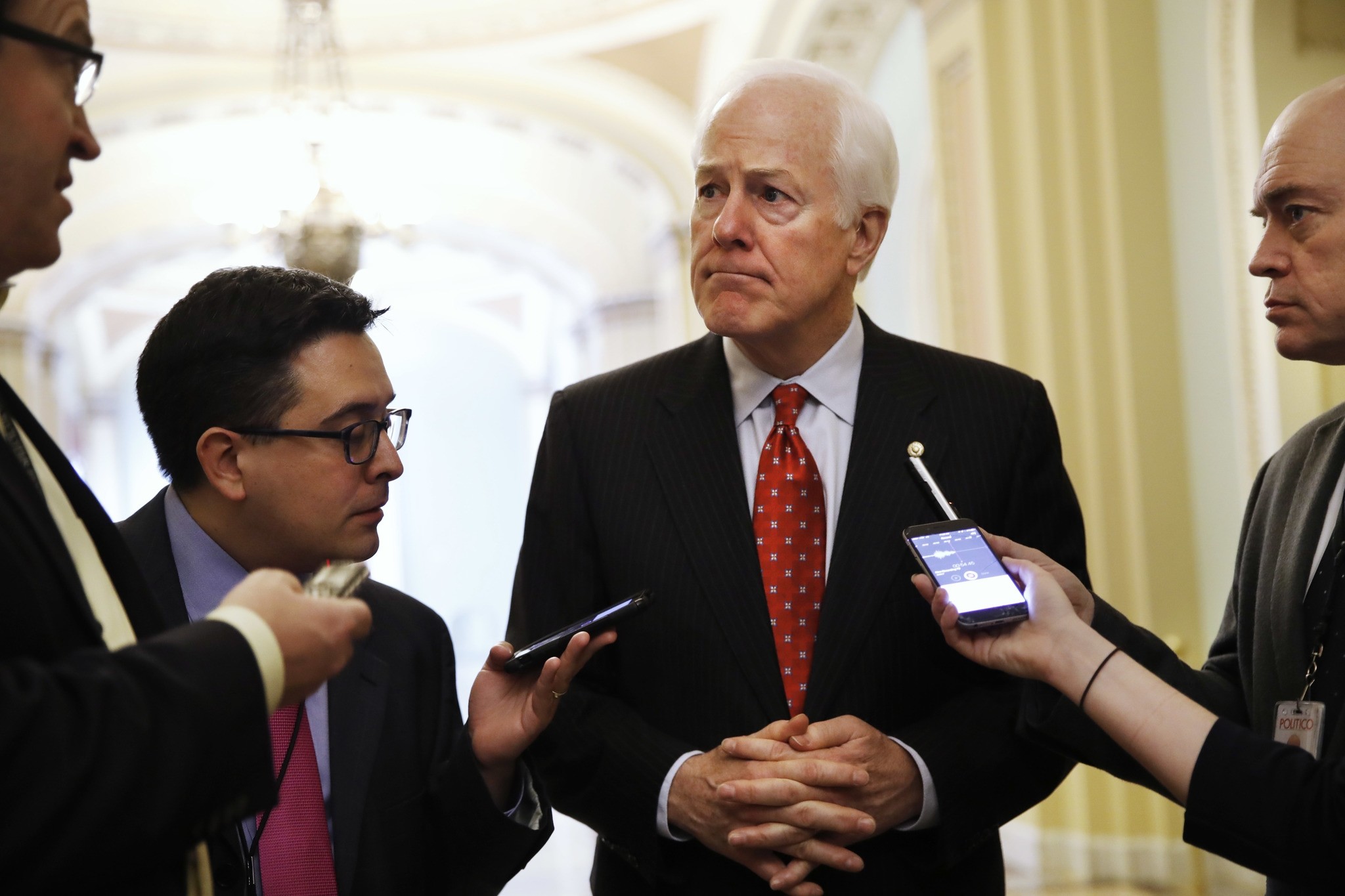 Senate Majority Whip John Cornyn of Texas talks with reporters on Capitol Hill in Washington. (AP Photo)
by Associated Press
May 16, 2017 12:00 am

Texas Sen. John Cornyn has told the Trump administration he isn't interested in serving as FBI director, the second member of Congress to take himself out of the running this week.

Cornyn, a former state attorney general, was interviewed for the position after Trump abruptly fired director James Comey last week. But Cornyn said in a statement Tuesday that he would rather remain in the Senate.

"Now more than ever the country needs a well-credentialed, independent FBI director," Cornyn said. "I've informed the administration that I'm committed to helping them find such an individual, and that the best way I can serve is continuing to fight for a conservative agenda in the U.S. Senate."

Another Republican whose name had been mentioned as a possible candidate, Rep. Trey Gowdy of South Carolina, said Monday that he had taken himself out of the running. A friend of federal appeals court Judge Merrick Garland, a name recommended by several senators, also said Tuesday that Garland is happy in his job and has no interest in leaving the judiciary to head the FBI.

A source familiar with Cornyn's thinking said the senator felt "obligated" to consider the job because his friend, Attorney General Jeff Sessions, asked him to. The source declined to be named because the decision was private.

Cornyn is the No. 2 Republican in the Senate behind Majority Leader Mitch McConnell, who said Tuesday morning that he'd recommended that President Donald Trump nominate Garland for the post.

Garland's name began to surface as a possible replacement last week when GOP Sen. Mike Lee of Utah suggested it on Twitter. McConnell's comments on his recommendation to the president came during an appearance Tuesday morning on Bloomberg Business.

President Barack Obama nominated Garland to fill a vacancy on the Supreme Court after the death of Justice Antonin Scalia, but McConnell declined to even hold a hearing. Senate Republicans insisted at the time that the next president should replace Scalia. After Trump won the election, the high court vacancy was filled last month by Neil Gorsuch.

The administration has interviewed at least eight candidates to replace Comey, of more than a dozen being considered. Trump has said a decision could come before he leaves Friday for a trip to the Mideast and Europe. In addition to members of Congress, the list includes current and former FBI and Justice Department leaders and federal judges.

FBI directors have predominantly been drawn from the ranks of prosecutors and judges. Comey, for instance, was a former United States attorney in Manhattan before being appointed deputy attorney general by George W. Bush. His predecessor, Robert Mueller, was a U.S. attorney in San Francisco.