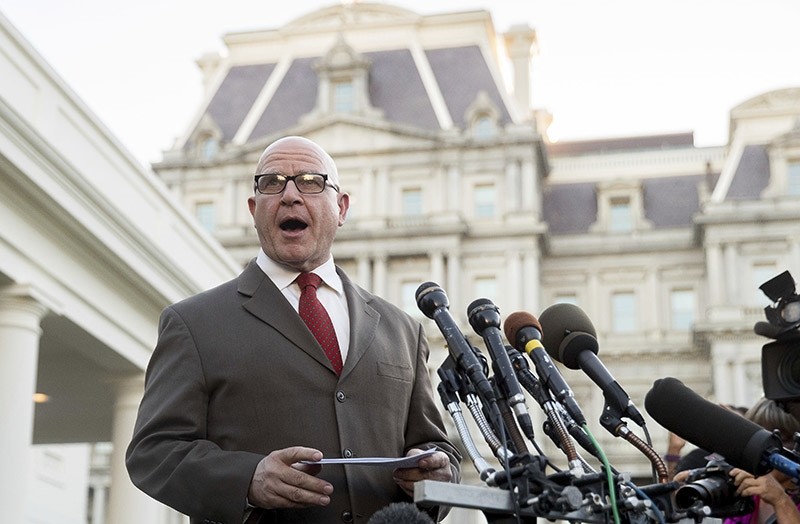 Donald Trump's national security adviser on Monday denied reports that the U.S. president had exposed highly classified intelligence information about the Daesh terrorist organization in a meeting with Russian envoys last week.Trump revealed information from a U.S. partner during an Oval Office meeting with Russian Foreign Minister Sergei Lavrov that even U.S. allies had not heard before, The Washington Post reported.

But the head of the Senate Foreign Relations Committee, Republican Senator Bob Corker, said the White House was in a "downward spiral" after the report, which came in the wake of Trump's controversial sacking of FBI director James Comey last week.

"They are in a downward spiral right now and have got to figure out a way to come to grips with all that's happening," Corker said in comments widely published in local media.

Lack of discipline within the White House was creating a "worrisome environment," Corker added.

"If the report is true, it is very disturbing," added Democrat Senate Minority Leader Chuck Schumer.

"Revealing classified information at this level is extremely dangerous and puts at risk the lives of Americans and those who gather intelligence for our country," he said in a statement.

The report also prompted accusations of hypocrisy, as Trump had repeatedly criticized his rival Hillary Clinton during the 2016 election campaign for her handling of classified information.

"Crooked Hillary Clinton and her team "were extremely careless in their handling of very sensitive, highly classified information." Not fit!" Trump tweeted in July.

McMaster said that Trump and Lavrov had reviewed a range of common threats, including threats to civil aviation, but at no time were intelligence sources or methods discussed.

"The president did not disclose any military operations that were not already publicly known," McMaster told reporters at the White House.

He said two other officials who were present, including Secretary of State Rex Tillerson, remember the meeting the same way and have said so.

Their on-the-record accounts should outweigh those of anonymous sources, he said. "I was in the room. It didn't happen," he said.

Tillerson also said a "broad range of subjects were discussed among which were common efforts and threats regarding counter-terrorism," according to a statement.

"During that exchange, the nature of specific threats were discussed, but they did not discuss sources, methods or military operations," Tillerson added.

According to the Post, Trump discussed details of a suspected plot by the Daesh terrorist group involving laptop computers to target aircraft.

The newspaper alleged that Trump had jeopardized a key intelligence source in the U.S.-led fight against Daesh terrorists in Syria and Iraq.

"Trump seems to be very reckless and doesn't grasp the gravity of the things he's dealing with, especially when it comes to intelligence and national security," said a former senior U.S. official described by the Post as close to officials in the Trump administration.

Trump's revelations to the Russians included the city within Daesh-held territory where the unnamed U.S. partner had gleaned the threat information. The Post said it was withholding the city and other details of the plot on the advice of U.S. officials.

The partner that provided the now-exposed information in an intelligence-sharing arrangement had not agreed to the United States passing the information to Russia, it said.