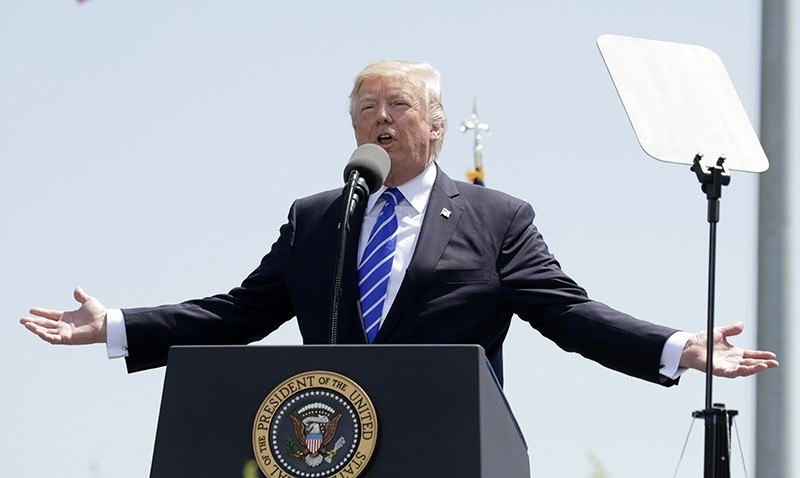 President Donald Trump gestures as he addresses the graduating class of the U.S. Coast Guard Academy during commencement ceremonies in New London, Connecticut, U.S. May 17, 2017. (Reuters Photo)
by Compiled from Wire Services May 17, 2017 12:00 am
Donald Trump gave vent to frustrations over his mounting political problems Wednesday, declaring that no president in U.S. history had been treated "more unfairly."

In an address to the newest group of U.S. Coast Guard officers, Trump urged the 195 graduates in the Class of 2017 to "put your head down and fight, fight, fight" when life presents them with challenges and adversity.

Trump's appearance at the academy came the day after reports that he had personally appealed to Comey to abandon the FBI's investigation into former National Security Adviser Michael Flynn. Trump fired Flynn earlier this year for misleading top White House officials about his contacts with Russian officials.

"Look at the way I've been treated lately. Especially by the media. No politician in history, and I say this with great surety, has been treated worse or more unfairly. You can't let them get you down," he said.