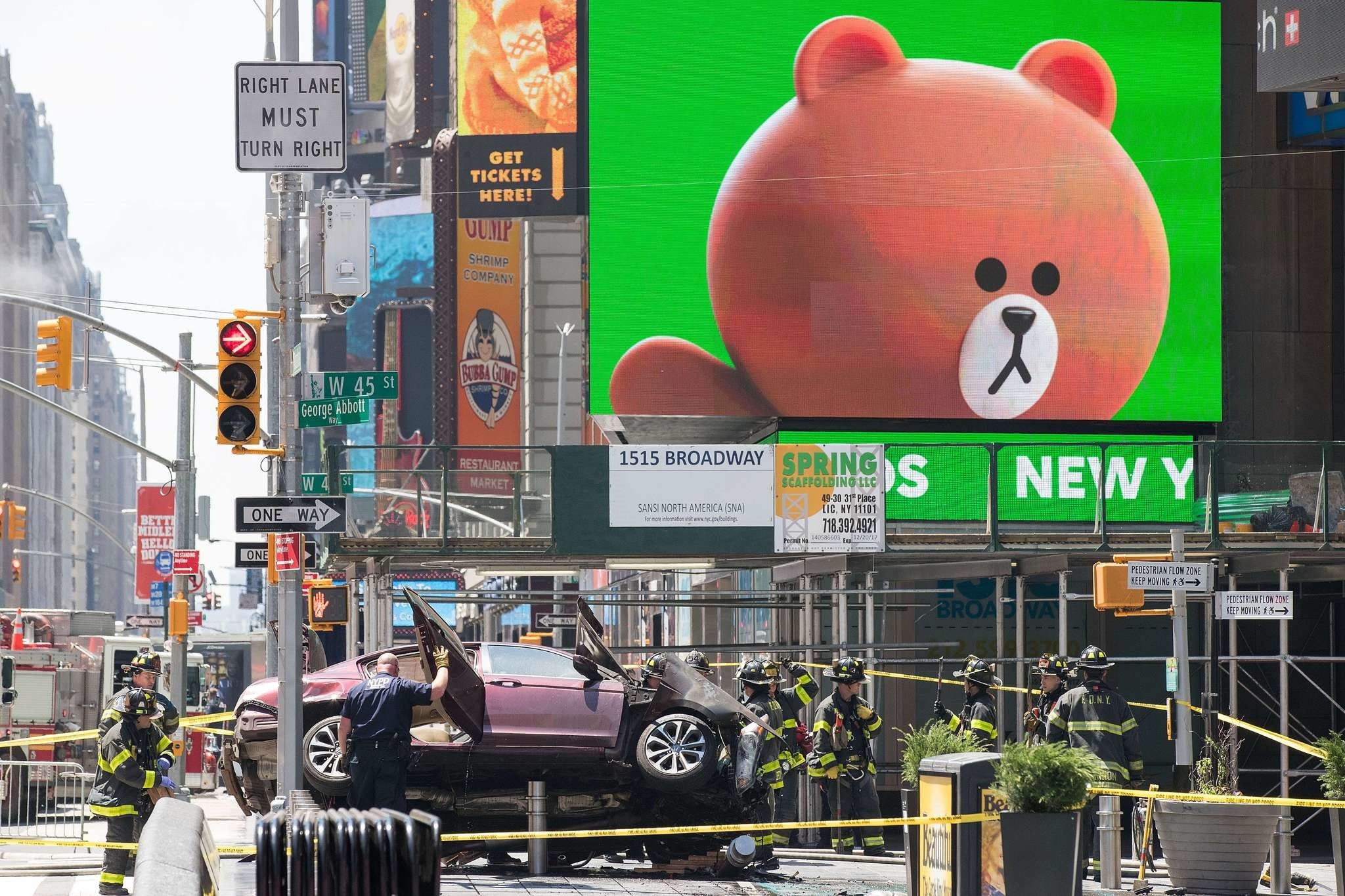 Law enforcement official said that 22 people were treated for injuries after a man with two prior driving-while-intoxicated arrests ploughed into a pedestrian-filled sidewalk.

The New York Police Department closed off the area.

A Reuters witness said at least 10 people were being treated for injuries on the ground after the collision around noon ET (1600 GMT) at the Midtown Manhattan tourist site.

The vehicle was a red sedan and CBS New York Television said the driver had been removed. Witnesses said the motorist had driven against traffic and onto the sidewalk, striking pedestrians.

The car crashed into a pole and came to rest at 45th Street and Broadway.