How a journalist exposed the world’s most brutal torture program 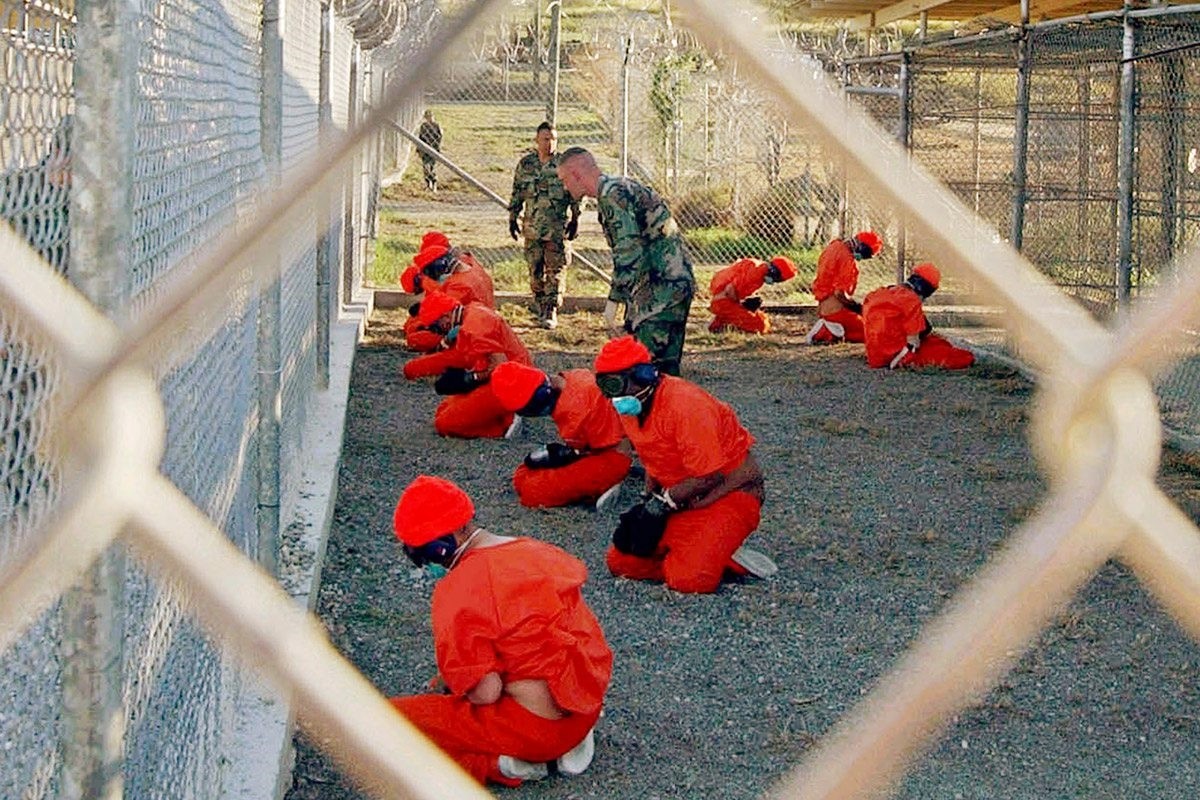 A Pakistani journalist's story about a terrorism suspect in 2001 shed light on perhaps the most brutal U.S. interrogation program: the CIA's infamous extraordinary rendition and secret detention program.

When Pakistan joined its ally the U.S. in the global war against terrorism after the 9/11 attacks and launched a series of operations on al-Qaeda members, journalist Masood Anwar got the story he was looking for. The piece sparked a global crackdown on the CIA's torture program.

According to a TRT World report, it all began on October 26, 2001 in a piece titled "Mystery Man Handed Over To US Troops In Karachi" when Anwar wrote that Jamil Qasim Saeed, a Yemeni student accused of having connections to a terror organization, was handed over to U.S. authorities in Karachi before being whisked away on a Falcon aircraft belonging to the U.S. Air Force. He said it was the first such incident where an 'unwanted person' was handed over to foreign officials. According to Anwar's first source, the whole ordeal was very mysterious and suspicious.

Anwar then pursued different sources for more details. Thanks to a fire brigade official and his craving for technical details, Anwar also got hold of the registration number of the aircraft: N379P.

The number would later be one of the most crucial pieces of the puzzle, helping to unravel CIA's torture network across the globe. Details about the jet set off a hunt for other possible jets and secret prisons.

After the attacks against the United States on September 11, 2001, the Central Intelligence Agency conspired and collaborated with more than 50 governments to carry out a secret extraordinary rendition and detention program. The program involved the transfer of a detainee to the custody of a foreign government for detention and interrogation purposes. Stripping people of their basic rights and exerting gruesome and cruel forms of torture on suspects, the program shattered the U.S's human rights reputation.

The scheme was also a method for the U.S to outsource torture and avoid legal punishment – most importantly the Geneva Convention and U.S. laws that prohibit the use of torture.

The government at the time was also not new to "enhanced interrogation techniques".

Believing that it could not be held liable for the mistreatment of prisoners if it was done outside U.S. territories, the Bush administration actually authorized these "extraordinary renditions".

Saeed's kidnapping didn't stay as the first. The number of disappearances kept on rising, with abductions happening all over the world –including Indonesia, Sweden, Egypt, Morocco, and Thailand.

A few months after Anwar's story was published -- on January 9, 2002 to be exact-- a Pakistani Quran reciter named Saad Iqbal Madni was arrested in Jakarta by Indonesian police over accusations that he had links with British shoe-bomber, Richard Reid.

A few days later Madni, in shackles and clearly beaten, was taken aboard a plane with the registration number N379P --the exact plane that had been sighted in Karachi and revealed by Anwar.

Rajiv Chandrasekaran and Peter Finn, The Washington Post's Jakarta correspondents, later linked these two disappearances in Pakistan and Indonesia. Their story then became a starting point for journalists to uncover a prisoner transfer scheme in the Middle East.

"The suspects have been taken to countries, including Egypt and Jordan, whose intelligence services have close ties to the CIA and where they can be subjected to interrogation tactics – including torture and threats to families – that are illegal in the United States," they wrote.

For many months, journalists, as well as human rights activists, launched large-scale searches to find some people who went missing after being arrested in Europe.

The turning point however, was not until mid-2004. Until then no extensive links had been established between the U.S. government and the private jets and kidnappings.

On January 23, 2004, Josep Manchado, a town planner with an interesting hobby –plane spotting- was at the Majorca airport when he took the photo of a jet with no company logo. Thanks to a friend's careful observations, Manchado's photo of a Boeing 737 executive jet became the key to reveal the CIA's most secret program.

It was later revealed that the jet, registered under the number N313P, was part of the CIA's rendition fleet.

The photo then ignited a chain of revelations, and one story led to another.

The photograph first gave a lead for German broadcaster ZDF's story on Khalid El Masri, a German citizen "accused of being a terrorist". ZDF journalists then proved that Masri was kidnapped from Skopje and taken to Afghanistan after he was handed over to the CIA.

Shortly after, journalists at Sweden's TV4 brought to light another kidnapping story: the case of two missing Egyptian men. They found out that they too had been kidnapped, abducted from Stockholm and taken to a prison in Cairo, and brutally tortured.

The scale of the revelations hit new highs when TV4's Fredrik Laurin and his colleagues made a documentary based on Anwar's story. The documentary, which aired on May 17, 2004, revealed that the jet belonged to a company in Virginia which did business "exclusively" with the U.S. government. It also confirmed that a suspicious jet with the registration number N379P had kidnapped two men, Ahmed Agiza and Mohamed el-Zery.

Following the documentary's release, human rights activists, lawyers, and politicians started to demand information from European governments and airports. Protests then broke out across the world, as thousands called for probes into these rendition flights.

Another journalist, British Stephen Grey's work was also crucial in the unravelling. Focusing on two jets - N379P and N313P- at first, Grey later found evidence of a whole fleet that worked for the program.

And when a 2013 report published by the Open Society Justice Initiative showed that many countries, including Ireland, had participated in the CIA's secret rendition program and its operations, the real unravelling began.

It was found that the private jets were registered to shell companies, and the kidnapped suspects were sent to countries like Egypt, Syria, and Jordan for "coercive interrogation". Documentation, testimonies and investigations have proved that suspects held in in secret prisons in these countries were subjected to brutal torture.

Fast forward a year, the U.S. released a 500-page summary of a 6,200-page report on inhumane torture methods used by the CIA, just a day before Human Rights Day. The report, the first public accounting of the CIA's torture tactics post 9/11, gave explicit details of its common practice of "enhanced interrogation" – the politically correct term for brutal, ruthless torture.

However today, many people responsible for such inhumane treatments of prisoners continue to go unpunished.