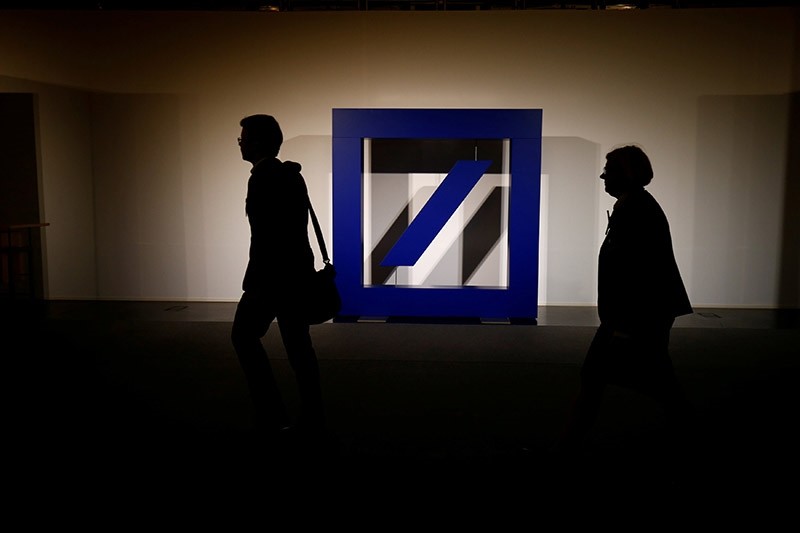 Democrats on a U.S. of House of Representatives panel have asked Deutsche Bank to provide information on whether any accounts connected to President Donald Trump have ties to Russia, adding another dimension to probes into connections between Moscow and Trump.

Democrats on the U.S. House Financial Services Committee said on Wednesday they had sent a letter the previous day to Deutsche Bank Chief Executive Officer John Cryan seeking details of internal reviews to determine if Trump's loans for his real estate business were backed by the Russian government.

The congressional inquiry also seeks information about a Russian "mirror trading" scheme that allowed $10 billion to flow out of Russia.

"Congress remains in the dark on whether loans Deutsche Bank made to President Trump were guaranteed by the Russian government, or were in any way connected to Russia," the Democrats wrote. "It is critical that you provide this committee with the information necessary to assess the scope, findings and conclusions of your internal reviews."

The Democrats requested the documents from the bank, but cannot compel it to hand over the information. The committee has the power to subpoena the documents, but that would require cooperation from committee Republicans who make up the majority of the panel because the party has control of the House. No Republicans signed on to the document request.

Citing media reports, the Democrats called for the bank to hand over any documents tied to internal reviews of Trump's personal accounts at the bank. They also said the bank should state publicly that it had reviewed both the "mirror trading" scheme and Trump's accounts.

They also called on the bank to name an independent auditor to verify the results of the reviews, which should be turned over to the committee "as soon as reasonably practicable."

Renee Calabro, a spokeswoman for Deutsche, declined to comment.

The House panel request to Deutsche comes as Trump is mired in controversy over FBI and congressional probes into alleged Russian meddling in the 2016 U.S. presidential election and potential collusion between the Moscow and the Trump campaign. Moscow has denied the allegations, and Trump has denied any collusion.