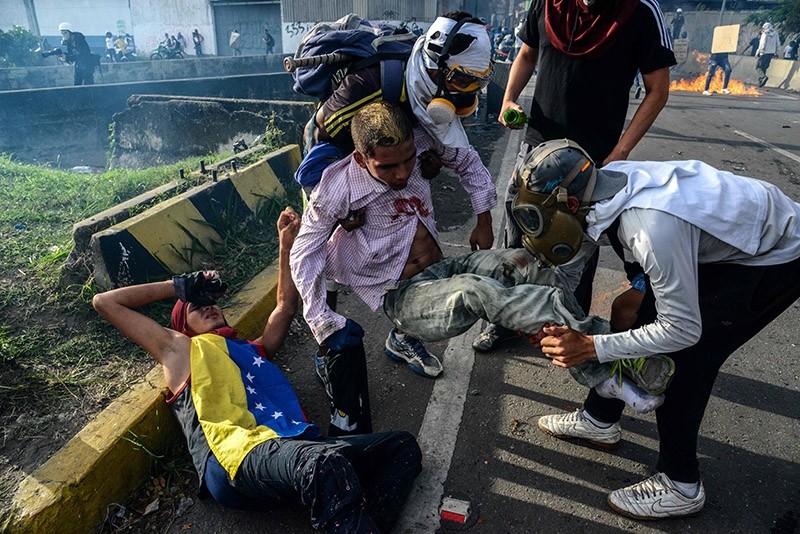 At least 100 people were injured in fresh clashes between demonstrators and police in Venezuela's capital Caracas on Wednesday, according to rescue crews, as protests against embattled President Nicolas Maduro continued.

Opposition supporters thronged a motorway in central Caracas, with violence erupting after police used tear gas and water cannon to break up the protest.

Since the beginning of April, 60 people have been killed and more than 1,000 injured while protesting against Maduro's socialist government.