Putin ridicules allegations of Russian meddling in US elections 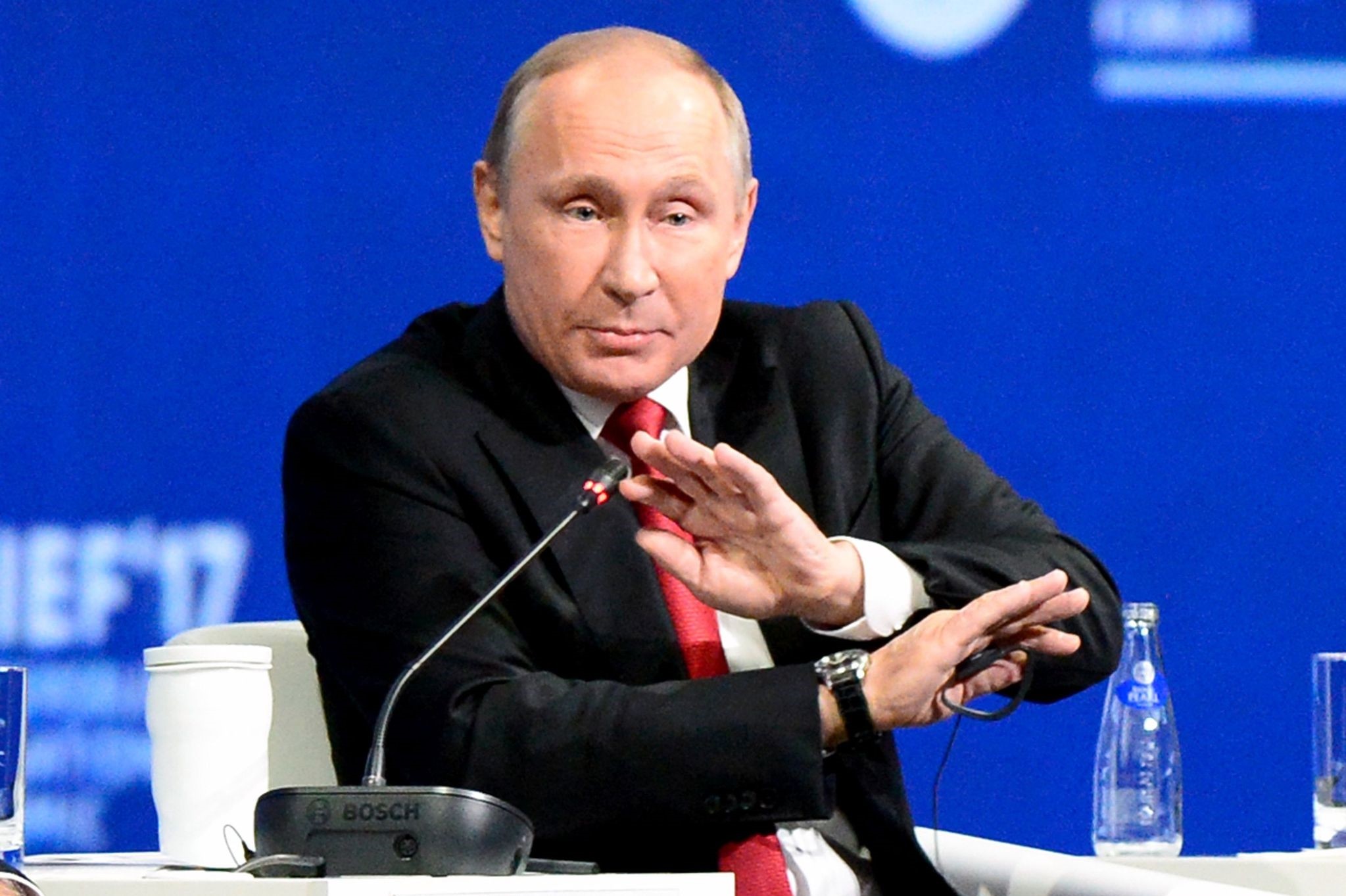 President Vladimir Putin ridiculed the allegations of Russian meddling in U.S. elections, accusing the Democrats of trying to shift blame for their defeat and likening the accusations against Russia to anti-Semitism.

Asked about the "fingerprints," IP addresses allegedly belonging to Russian hackers, he said those could have been easily rigged and couldn't stand as credible evidence.

"What fingerprints?" Putin said sarcastically. "Hoof prints? Horn prints? Technology experts can invent anything and put the blame on anyone."

U.S. intelligence agencies have accused Russia of hacking into Democratic Party emails, helping Donald Trump's election victory, and the congressional and FBI investigations into the Trump campaign's ties with Russia have broken the Kremlin's hopes for a detente with Washington.

In a sign of exasperation, Putin compared what he described as the obsessive U.S. focus on alleged Russian interference with the vote to anti-Semitism.

"It reminds me of anti-Semitism," he said. "A dumb man who can't do anything would blame the Jews for everything."

He said the allegations of Russian hacking into the Democratic National Committee overshadow the fact that the leaked emails were genuine and revealed unpleasant truths.

"It was true information. Was it so important who leaked it?" he said. "It was necessary to apologize to the people and vow not to make such mistakes in the future."

He blamed the Democrats for the failure to acknowledge their mistakes in the campaign, and "taking internal U.S. political squabbles into the international arena."

"It's an attempt to solve internal political problems using foreign policy instruments," he said. "It's harmful, hurting international relations, the global economy, security and the fight against terror. It's time to stop that useless and harmful chatter."

He insisted that Trump won thanks to his skills, not Russian interference.

"The problem isn't us, the problem is inside U.S. politics," he said. "Trump's team was more efficient during the election campaign."

He added that while watching the U.S. campaign unfold, he would sometimes think that Trump was going "over the top."

"But it turned out that he was right," Putin said. "He found the right approach to those groups of the population, to those voters whom he targeted. They came to the polls and voted for him, and the other team miscalculated."

With particular scorn, Putin scoffed at the U.S. focus on the Russian ambassador's contacts with members of Trump's team, saying that the envoy was merely doing his job.

Ambassador Sergei Kislyak's meetings with members of Trump's team have been a focus of the congressional investigation.

Putin insisted that it was perfectly normal for Kislyak to try to establish contacts and discuss future ties, adding that he hadn't even started to discuss specifics.

"What else is the ambassador supposed to do?" Putin said. "He's paid for holding meetings, discussing current affairs. Are you nuts?"

Asked specifically if Kislyak had agreed with members of Trump's team on lifting anti-Russian sanctions, Putin denied that any such deal was made.

Asked if Russia is happy to see divisions in NATO over Trump's push for members to increase defense spending, the Russian leader responded on an acerbic note that Moscow would be happy to see the meltdown of the alliance he described as a Cold War relic.

"Does squabbling over NATO help Russia?" he said. "It will if it leads to NATO's breakup, but we aren't seeing any such breakup yet."

Commenting on Trump's decision to pull the United States out of the Paris climate accord, Putin refrained from criticizing the move and called for a constructive dialogue on efforts needed to curb global warming.

He underlined the importance of the Paris climate accord, but noted that it's a framework agreement offering broad room for maneuver for each signatory nation.

Putin also said that Trump's promise to negotiate new conditions for the U.S. leaves hope for reaching a compromise before the Paris deal takes effect, adding that U.S. participation is essential for the success of global efforts.

He joked that Trump's move made him a convenient person to blame for any spell of bad weather, including wet snow in Moscow on Friday, an extremely rare occurrence in the summer.

"Now we can dump it all on him and American imperialism," Putin said.