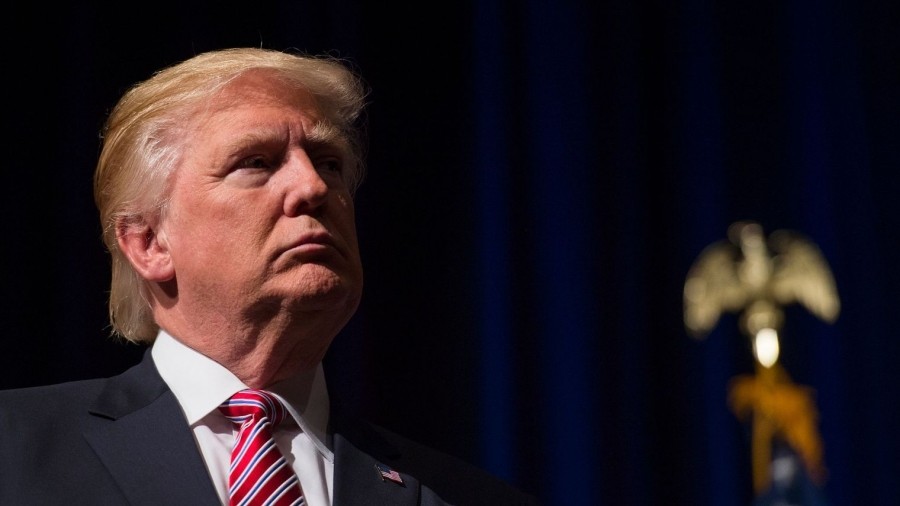 Donald Trump listens while his son Eric Trump speaks during a campaign event at Briar Woods High School on Aug. 2, 2016, in Ashburn, Va. (AFP Photo)
by Compiled from Wire Services Jun 12, 2017 12:00 am

Maryland and DC attorneys general said Monday that they filed a lawsuit alleging Trump violated the Constitution by retaining his ties to several businesses.

The suit alleges that Trump has violated a constitutional prohibition on accepting gifts from foreign or state governments, according to media reports.

The suit also accuses Trump of accepting millions of dollars in payments from foreign governments while serving as president, the Washington Post reported early Monday.

"We're bringing suit because the president has not taken adequate steps to separate himself from his business interests," Racine told the Post.

The attorneys general allege that Trump violated anti-corruption clauses in the U.S. constitution and broken promises to keep his public and private business interests separate, the Post also reported.

Trump retains ownership of his company and is to receive regular updates, the newspaper said.

In January, Citizens for Responsibility and Ethics in Washington (CREW) filed a lawsuit in a US federal court, accusing Trump of violating a constitutional ban on US officials profiting in any way from foreign governments.

After the CREW lawsuit was filed, the Trump Organization said that Trump, a New York-based real estate mogul and investor, had relinquished all involvement in his businesses.