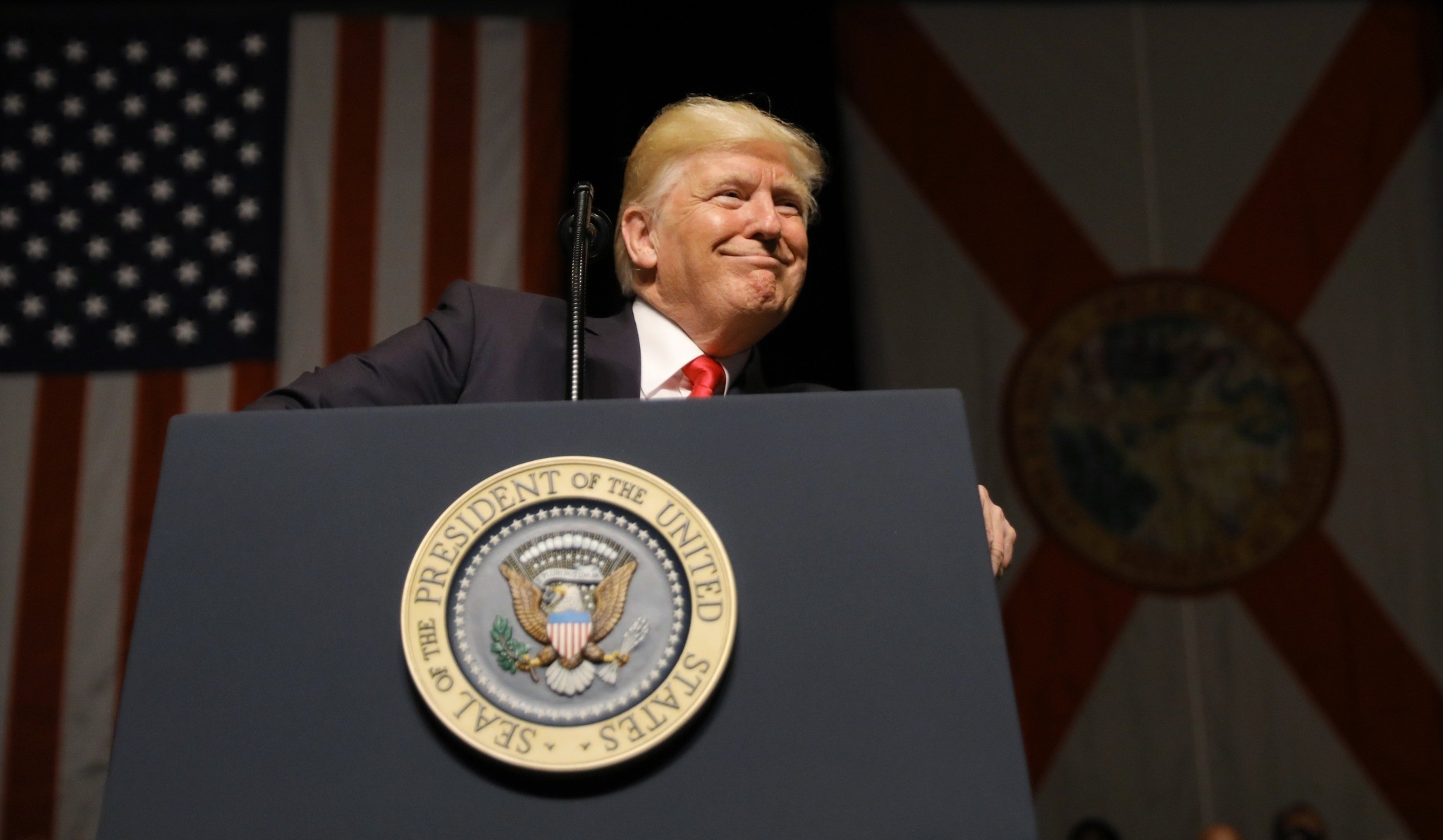 U.S. President Donald Trump said he is "cancelling" the previous administration's "completely one-sided deal with Cuba," in a partial change of course from predecessor Barack Obama's opening of diplomatic ties with the Caribbean island in 2014.

Trump also ordered tighter restrictions on Americans traveling to Cuba and a clampdown on U.S. business dealings with the island's military, saying "with God's help a free Cuba is what we will soon achieve."

The White House is announcing limitations on travel by individuals to the island and order the U.S. Treasury Department and other agencies to put in place regulations to prohibit direct payments to Cuba's military and intelligence service.

Trump called for changes in Cuba, including the release of political prisoners, the holding of free and fair elections and respect for the freedom of speech and assembly.

But Trump left many of Obama's changes, including the reopened U.S. embassy in Havana, in place even as he sought to show he was making good on a campaign promise to take a tougher line against Cuba, especially over its human rights record.

"We will not be silent in the face of communist oppression any longer," Trump told a cheering crowd in Miami's Cuban-American enclave of Little Havana, including Republican Senator Marco Rubio of Florida, who helped forge the new restrictions on Cuba.

"Effective immediately, I am canceling the last administration's completely one-sided deal with Cuba," Trump declared as he made a full-throated verbal assault on the government of Cuban President Raul Castro.

Trump's revised approach calls for stricter enforcement of a longtime ban on Americans going to Cuba as tourists, and seeks to prevent U.S. dollars from being used to fund what the Trump administration sees as a repressive military-dominated government.

But facing pressure from U.S. businesses and even some fellow Republicans to avoid turning back the clock completely in relations with Cuba, the president chose to leave intact some of his Democratic predecessor's steps toward normalization.

The new policy bans most U.S. business transactions with the Armed Forces Business Enterprises Group, a Cuban conglomerate involved in all sectors of the economy. But it but makes some exceptions, including for air and sea travel, according to U.S. officials. This will essentially shield American airlines and cruise lines serving the island.

"We do not want U.S. dollars to prop up a military monopoly that exploits and abuses the citizens of Cuba," Trump said, pledging that U.S. sanctions would not be lifted until Cuba frees political prisoners and holds free elections.

SOME OBAMA POLICIES LEFT IN PLACE

However, Trump stopped short of breaking diplomatic relations restored in 2015 after more than five decades of hostilities. He will not cut off recently resumed direct U.S.-Cuba commercial flights or cruise-ship travel, though his more restrictive policy seems certain to dampen new economic ties overall.

The administration, according to one White House official, has no intention of "disrupting" existing business ventures such as one struck under Obama by Starwood Hotels Inc, which is owned by Marriott International Inc, to manage a historic Havana hotel.

Nor does Trump plan to reinstate limits that Obama lifted on the amount of the island's coveted rum and cigars that Americans can bring home for personal use.

While the changes are far-reaching, they appear to be less sweeping than many U.S. pro-engagement advocates had feared.

Still, it will be the latest attempt by Trump to overturn parts of Obama's presidential legacy. He has already pulled the United States out of a major international climate treaty and is trying to scrap his predecessor's landmark healthcare program.

When Obama announced the detente in 2014, he said that decades of U.S. efforts to achieve change in Cuba by isolating the island had failed and it was time to try a new approach.

Critics of the rapprochement said Obama was giving too much away without extracting concessions from the Cuban government. Castro's government has clearly stated it does not intend to change its one-party political system.

Trump aides say Obama's efforts amounted to "appeasement" and have done nothing to advance political freedoms in Cuba, while benefiting the Cuban government financially.

"It's hard to think of a policy that makes less sense than the prior administration's terrible and misguided deal with the Castro regime," Trump said in Miami, citing the lack of human rights concessions from Cuba in the detente negotiated by Obama.

International human rights groups say, however, that again isolating the island could worsen the situation by empowering Cuban hard-liners. The Cuban government has made clear it will not be pressured into reforms in exchange for engagement.

The Cuban government had no immediate comment, but ordinary Cubans said they were crestfallen to be returning to an era of frostier relations with the United States with potential economic fallout for them.

"It's going to really hurt me because the majority of my clients are from the United States," said Enrique Montoto, 61, who rents rooms on U.S. online home-rental marketplace Airbnb, which expanded into Cuba in 2015.

Trump announced his new approach at the Manuel Artime Theater in Little Havana, the heart of the United States' Cuban-American and Cuban exile community. The venue is named after a leader of the failed U.S.-backed Bay of Pigs invasion of Cuba in 1961 against Fidel Castro's revolutionary government.