US teenager who urged boyfriend to kill himself guilty of manslaughter 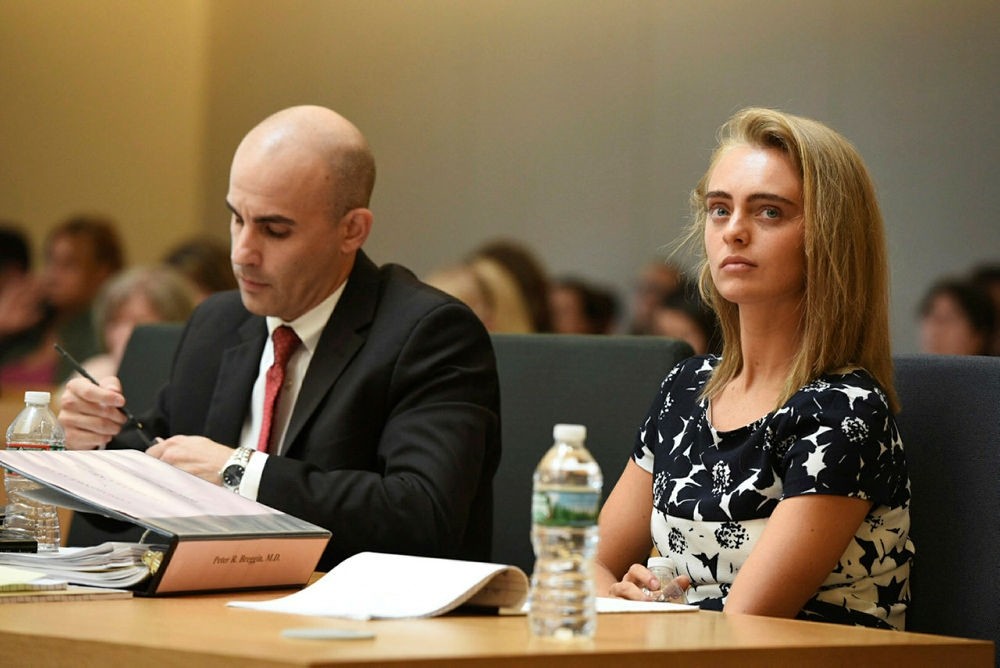 A U.S. woman who sent her boyfriend a barrage of text messages urging him to kill himself when they were both teenagers was convicted Friday of involuntary manslaughter in a trial that raised questions of whether words can kill.

Juvenile Court Judge Lawrence Moniz found that Michelle Carter caused the death of Conrad Roy III, who intentionally filled his truck with carbon monoxide in a store parking lot in July 2014. Carter cried as Moniz detailed her conduct in explaining how he reached his verdict, but she remained stoic when it was formally pronounced.

The judge noted that the 18-year-old Roy climbed out of the truck as it was filling with toxic gas and told Carter he was scared. "Get back in," Carter told Roy, according to a friend who testified Carter described the conversation in a text message to her about a month after Roy died.

"This court finds that instructing Mr. Roy to 'get back in' the truck constitutes wanton and reckless conduct by Ms. Carter," the judge said.

He said Carter had a duty to call someone for help when she knew Roy was attempting suicide. Yet she did not call the police or Roy's family, he noted.

"She did not issue a simple additional instruction: Get out of the truck," the judge said.

Sobs broke out throughout the courtroom when the verdict was announced.

The judge ruled that Carter, now 20, can remain free on bail but ordered her not to make any contact with Roy's family. She also isn't allowed to leave the state.

She could face up to 20 years in prison. A sentencing hearing was scheduled for Aug. 3.

The sensational trial in Taunton offered a window into teen depression and suicide through text messages and Facebook communications.

Carter, who chose to have a judge hear the case over a jury, was 17 when she sent Roy dozens of messages urging him to take his own life. Roy, 18, was found dead of carbon monoxide poisoning in his truck in a store parking lot in Fairhaven.

"I thought you wanted to do this. The time is right and you're ready, you just need to do it!" Carter wrote in one message.

Carter's lawyer, Joseph Cataldo, argued Roy had a history of depression and suicide attempts and was determined to end his own life. He said Carter initially tried to talk Roy out of it and urged him to get professional help, but eventually went along with his plan.

The judge disagreed, saying he did not take into account in his verdict Roy's previous attempts at suicide.

An involuntary manslaughter charge can be brought in Massachusetts when someone causes the death of another person when engaging in reckless or wanton conduct that creates a high degree of likelihood of substantial harm.

Dr. Peter Breggin, a psychiatrist testifying for the defense, said Carter was a "very troubled youngster" who suffered from depression. At the time of Roy's death, Carter was taking Celexa, an antidepressant Breggin said targets the brain's frontal lobe, which controls empathy and decision-making.

Breggin said Carter was in the grips of a "grandiose" delusion that she alone could help Roy find his way to heaven and she would care for his family.

Prosecutors focused on a series of text messages Carter sent Roy in the days before he killed himself.

"You can't think about it. You just have to do it. You said you were gonna do it. Like I don't get why you aren't," Carter wrote to Roy the day of his suicide.

Prosecutors have argued the text messages support their claim that Carter caused Roy's death by recklessly helping him poison himself.

Carter and Roy met in Florida in 2012 while visiting relatives. Their relationship largely consisted of text messages and emails.