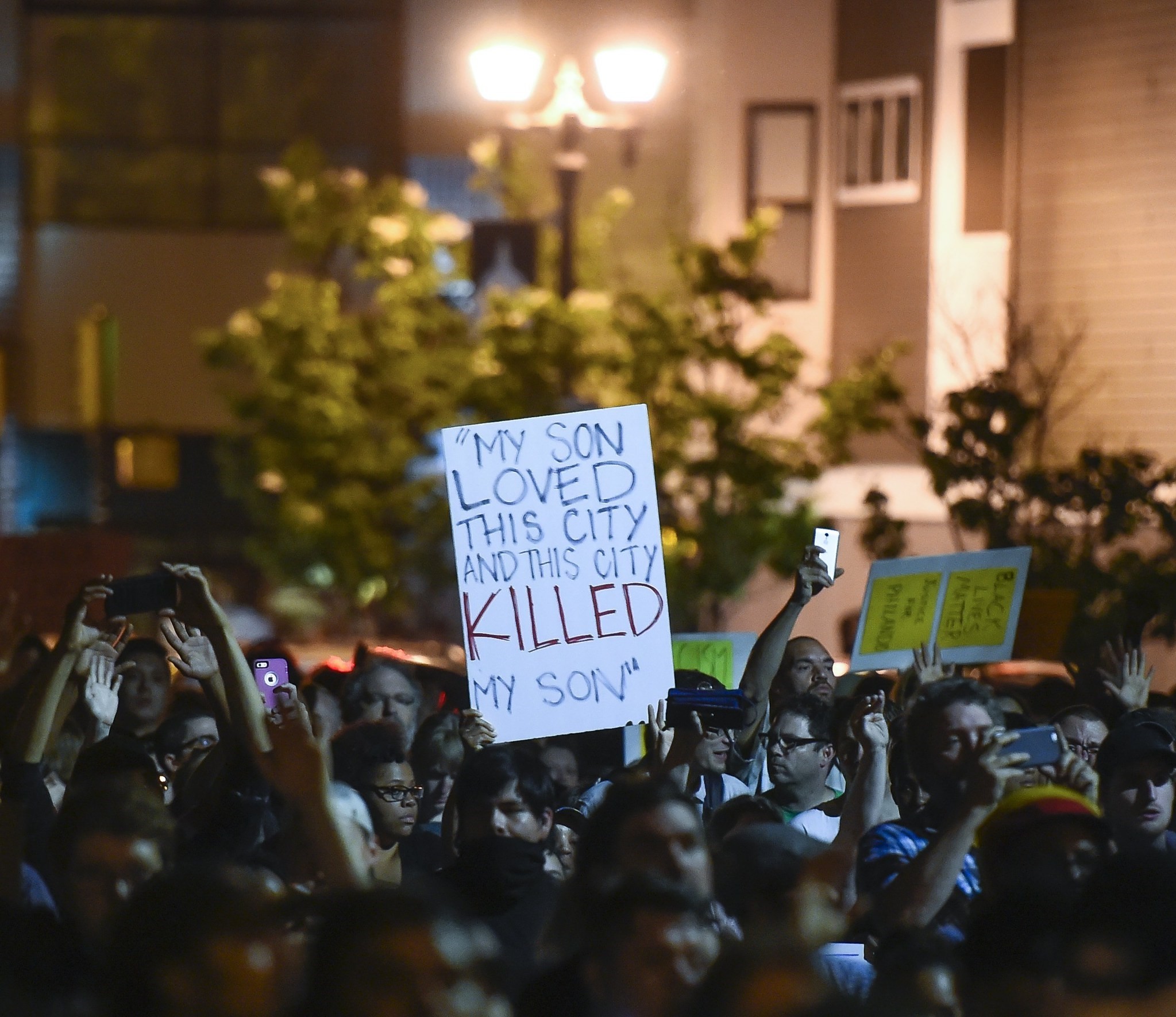 Protesters march through St. Paul, after St. Anthony police officer Jeronimo Yanez was found not guilty on all counts in the fatal shooting of Philando Castile in St. Paul, MN., USA, 16 June, 2016. (EPA Photo)
by Compiled from Wire Services Jun 17, 2017 12:00 am

Eighteen people were arrested early Saturday in St. Paul, Minnesota after blocking a major highway in angry protests after a police officer was acquitted over the shooting of a black motorist whose last moments were captured on video.

The Midwestern city was bracing for further protests after Friday's acquittal of Officer Jeronimo Yanez, 29, of all charges he faced in the death of 32-year-old Philando Castile during a traffic stop in July.

Castile's death was part of a series of high-profile shootings of an African American by a police officer. Americans were stunned to see the video, live-streamed on Facebook, of his panicked girlfriend, Diamond Reynolds, as blood spread on Castile's shirt.

The verdict sparked outrage among many in the St. Paul area. An estimated 1,500 people marched through the city, then poured onto interstate highway I-94, shutting it down.

When some marchers ignored repeated police orders to disperse, state and local officers arrested 18 of them shortly after midnight, a state police spokesman said.

The Star Tribune newspaper said the arrested included two reporters for other Minnesota newspapers who were covering the march.

A police statement said the charges against the 18 included "being a pedestrian on the freeway."

Yanez, the son of a Mexican immigrant, testified during the trial in Ramsey County District Court that he feared for his life after Castile began reaching for a firearm that Castile had disclosed he had in his possession. Yanez shot Castile five times.

U.S. Senator Al Franken of Minnesota on Saturday said Castile did not deserve to die.

"Whatever one's opinion of the outcome of this case, we must come together and take concrete action to reckon with and dismantle the systemic racial inequalities that lead to far too many of these deaths," Franken wrote on Facebook.

The video footage of the aftermath of the shooting taken by Castile's girlfriend had shaped many public perceptions of the fatal shooting before the trial.

The video begins with the girlfriend, Diamond Reynolds, in the passenger seat as Castile, covered in blood, sits in the driver's seat and a patrolman points his gun into the vehicle.

"He was trying to get out his ID and his wallet out of his pocket," Reynolds says. "He let the officer know that he had a firearm and that he was reaching for his wallet, and the officer just shot him in his arm."