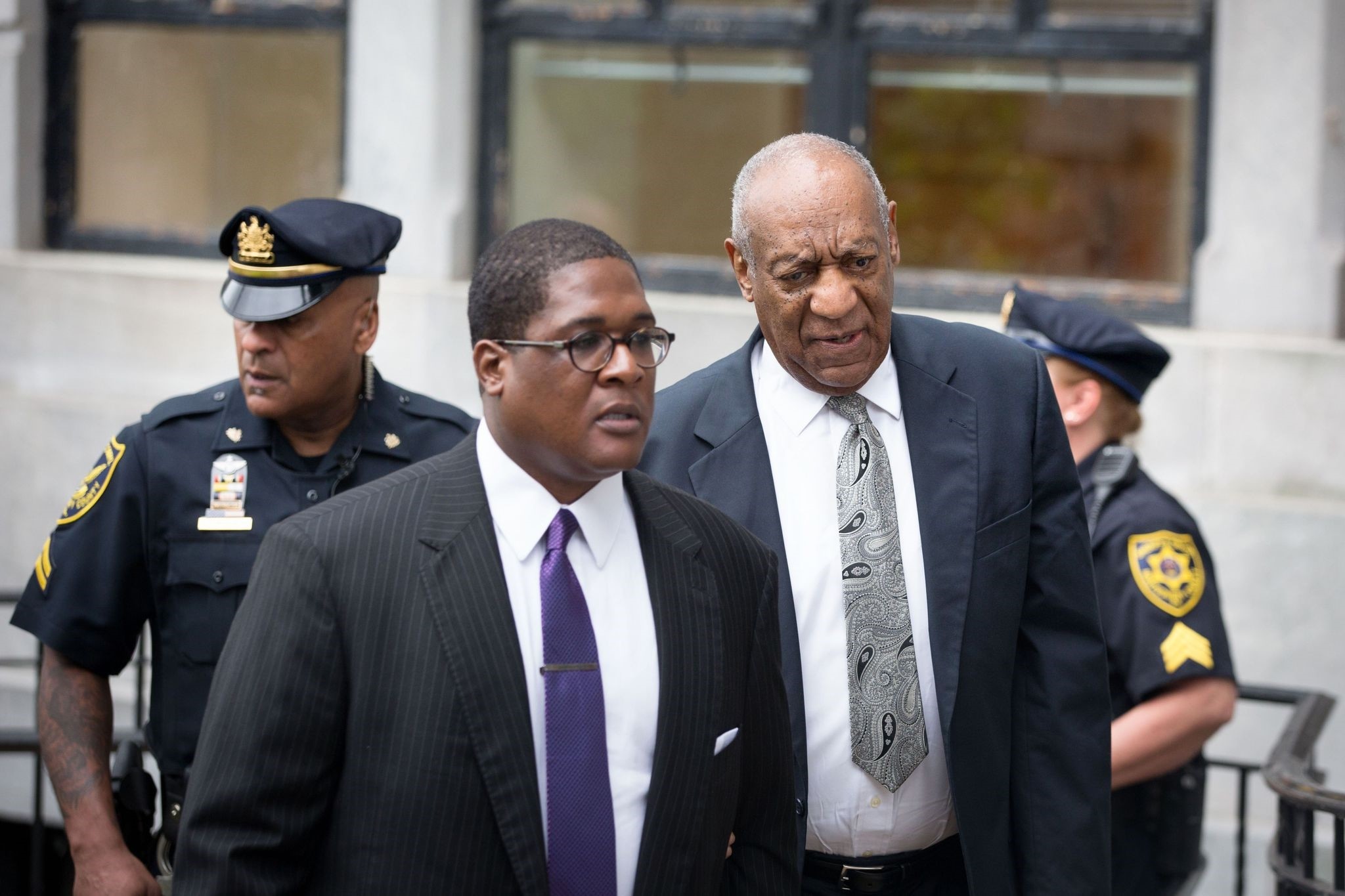 Actor and comedian Bill Cosby arrives for the sixth day of jury deliberations in Cosby's sexual assault trial at the Montgomery County Courthouse on June 17, 2017 (AFP Photo)
by Compiled from Wire Services Jun 17, 2017 12:00 am

A U.S. judge has declared a mistrial in Bill Cosby's sexual assault case, after the jury deadlocked following more than 50 hours of deliberations over whether to convict the fallen TV star.

The move amounts to a victory of sorts for the 79-year-old pioneering black actor, who had faced spending the rest of his life in prison if convicted on three counts of aggravated indecent assault against 44-year-old Andrea Constand at his Philadelphia mansion in January 2004.

Jurors deliberated more than 52 hours over six days before telling a judge they couldn't reach a unanimous decision on whether "The Cosby Show" star drugged and molested Temple University employee Andrea Constand at his suburban Philadelphia home in 2004.

The judge then declared a mistrial for the 79-year-old comedian.

Cosby was charged with three counts of aggravated indecent assault.

His lawyer says Cosby and Constand were lovers sharing a consensual sexual encounter.

Dozens of women have come forward to say he had drugged and assaulted them. This was the only case to result in criminal charges against Cosby.

Prosecutors get four months to decide whether they want to retry Cosby or drop the charges.