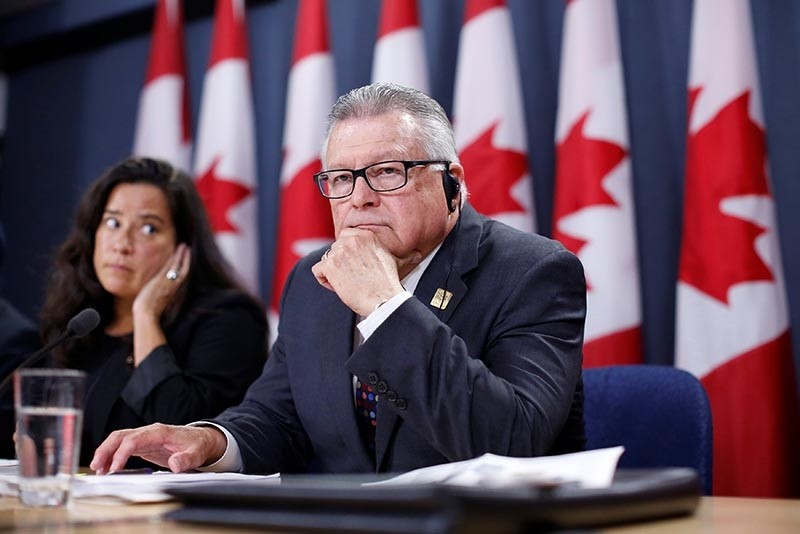 Canada announced Tuesday the creation of a "super" watchdog with expanded oversight of its security agencies, accused by rights groups of lacking accountability.

The changes, at a cost of Can$93.7 million to implement, aim to make its electronic eavesdropping and spy agencies more accountable and transparent, but fall far short of electoral promises to repeal "problematic elements" of Canada's national security act.

"Canadians have been very clear that it is important to strengthen national security, to keep pace with threats to our safety, but that in doing so it cannot be at the expense of our rights and freedoms," Justice Minister Jody Wilson-Raybould told a press conference.

"The anti-terrorism act of 2015 did not strike that balance."

The previous Tory administration defied public outrage in 2015 to dramatically scale up the powers and reach of Canada's spy agency and anti-terror measures in the wake of an attack on parliament.

Critics had called the measures contained in Bill C-51 an unprecedented assault on civil rights, lacking oversight and overly broad.

His administration already moved to create a parliamentary committee to review national security activities, repealed a law revoking the citizenship of dual nationals convicted of terrorism, treason or spying, and funded a new anti-radicalization office.

At the same time, the federal court rapped Canada's spy agency for data collection abuses, and outrage erupted over police monitoring of journalists.

Privacy advocates welcomed the latest changes, notably the new pan-government watchdog and the tighter definition of terrorist propaganda, which was changed from "promoting terrorism" to "counseling the commission of a terrorism offense" and excludes protests, dissent and artistic expression.

But they said the revisions do not go far enough.

"Canadians have been calling for the full repeal of Bill C-51 for nearly two years now, and they won't be appeased by half-measures," said Open Media executive director Laura Tribe.

"This legislation is a positive step forward, but does not fully address the fundamental privacy concerns expressed by Canadians," she said.

Many of the amendments contained in the 139-page bill simply clarify what security agencies can and cannot do, and when a warrant or ministerial permission is needed.

To reduce a threat to Canada, for example, agents may fabricate information and impersonate a person (other than a police officer).

The Canadian Security Establishment, the agency that collects foreign security intelligence, may now also launch counter-cyberattacks against individuals or states, whereas previously it was limited to putting up firewalls.

The new watchdog -- called the National Security and Intelligency Review Agency (NSIRA) -- will oversee 14 additional government departments including the border agency, immigration, the military, and an anti-money-laundering agency.