US questions motive behind Saudi Arabia, UAE row with Qatar 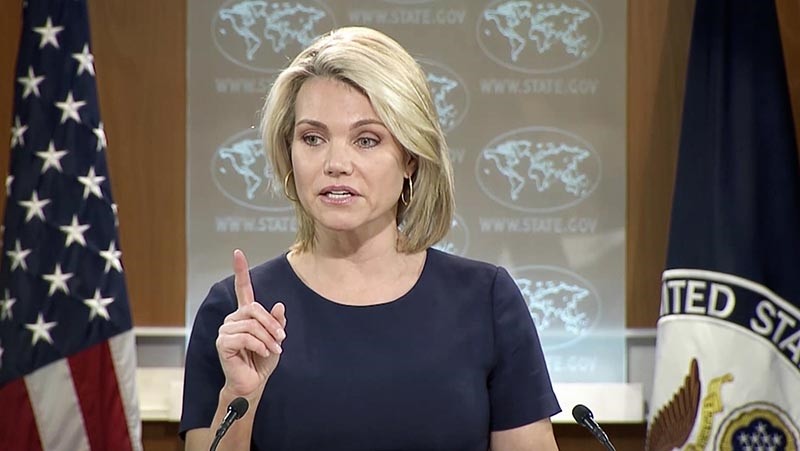 The U.S. State Department said on Tuesday it was "mystified" that Gulf Arab states had not released to the public or to Qatar details of the grievances that prompted their boycott of the country.

Signaling Washington's mounting frustration at Riyadh's role in the crisis, State Department spokeswoman Heather Nauert called on the parties to settle their differences.

"The more the time goes by, the more doubt is raised about the actions taken by Saudi Arabia and the UAE. At this point, we are left with one simple question: Were the actions really about their concerns regarding Qatar's alleged support for terrorism or were they about the long-simmering grievances between and among the GCC countries," State Department spokeswoman Heather Nauert said, referring to the five-nation Gulf Cooperation Council.