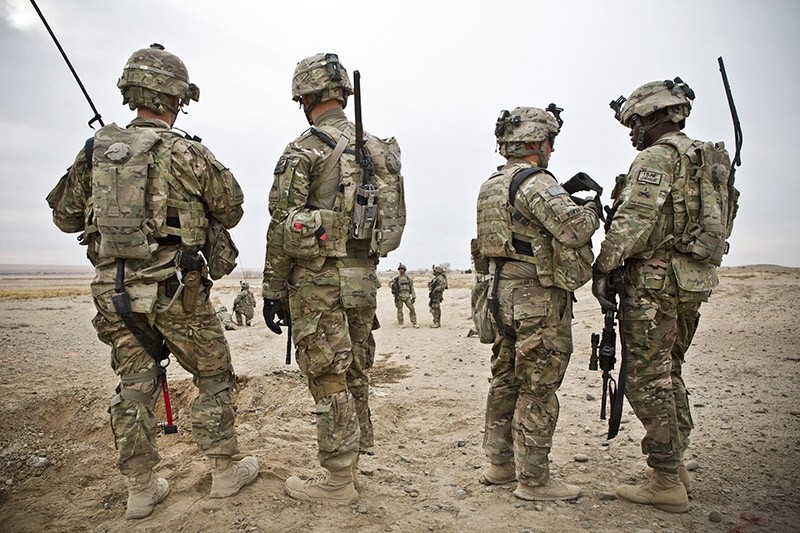 The Pentagon wasted millions of dollars buying the Afghan army a woodland camouflage uniform that was apparently chosen on a whim and may have made soldiers easier to spot, a U.S. government watchdog said Wednesday.

The office of the Special Inspector General for Afghanistan Reconstruction (SIGAR) said the Pentagon may have spent as much as $28 million more than necessary when it decided in 2007 to purchase the dark-green camouflage uniforms.

Pentagon officials at the time "ran across" the website of a private company that owned a proprietary camo design and showed these to Afghanistan's then defense minister, Abdul Rahim Wardak, the SIGAR report said, citing Pentagon officials.

He "liked what he saw. He liked the woodland, urban and temperate patterns," it added.

After further consultation with the Afghan defense ministry, officials decided in 2007 to adopt the camouflage pattern containing a "forest" color scheme for army uniforms, "despite the fact that forests cover only 2.1 percent of Afghanistan's total land area," SIGAR noted.

That decision resulted in the purchase of 1,364,602 such uniforms and 88,010 extra pairs of pants between November 2008 and January this year.

The proprietary design meant the uniforms cost about 40 percent more than non-proprietary camouflage.

"As a result, neither (the U.S. Department of Defense) nor the Afghan government knows whether the ANA (Afghan National Army) uniform is appropriate to the Afghan environment, or whether it actually hinders their operations by providing a more clearly visible target to the enemy," SIGAR said.

"My concern is what if the minister of defense liked purple, or liked pink?" Sopko told the newspaper.

"Are we going to buy pink uniforms for soldiers and not ask questions? That's insane. This is just simply stupid on its face. We wasted $28 million of taxpayers' money in the name of fashion, because the defense minister thought that that pattern was pretty."

Other U.S. taxpayer-funded projects Sopko has derided in the past include a failed attempt to mate rare blond Italian cashmere goats in Afghanistan and an expensive natural-gas filling station even though very few people drive cars that use natural gas.

In a written response included in the report, the Pentagon said it should conduct a cost-benefit analysis of current ANA uniform specifications "to determine whether there is a more effective alternative considering both operational environment and cost."

The United States has spent about $1 trillion in warfighting and reconstruction costs during the nearly 16 years it has been in Afghanistan.

Some 2,200 U.S. lives have been lost and Afghan soldiers are being slain in the thousands each year in the longest war in U.S. history, and the Pentagon is currently weighing sending more troops back to the country to try to stem a surge in violence.