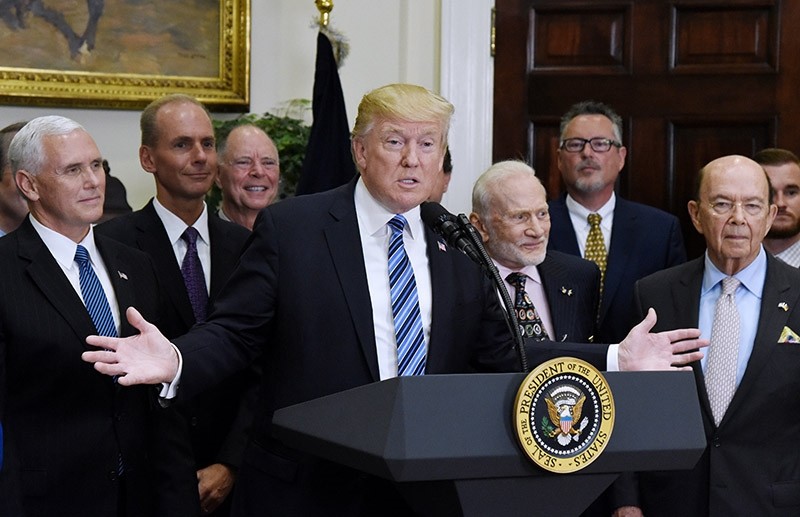 Women working in the White House are paid 80 cent for every dollar earned by their male colleagues, a new CNN analysis revealed Monday.

The White House presented its annual report to the Congress last week, in which the salaries of all its staffers were revealed.

A CNN analysis however highlighted that the gender pay gap among workers at the White House was actually wider than the national average of the United States.

According to Labor Department data, women working in the U.S. earn an average of 82 cents for every dollar men take home.

Male officials in the White House about $104,000 per year on average, while women are paid an average salary of $83,000, CNN revealed.

Experts suggested that the difference in the salaries between male and female employees was a result of the lack of women employed in top positions in President Donald Trump's administration.

Only six out of 22 people earning $179,000, which is the top salary for a permanent White House employee, are women.

The president's daughter Ivanka Trump previously tweeted about Equal Pay Day, which is celebrated on April 4 as a symbolic day dedicated to raising awareness about the gender pay gap. " Equal Pay Day is a reminder that women deserve equal pay for equal work. We must work to close the gender pay gap!" her tweet read.

However she was quickly criticized for her social media action, as her father was responsible for revoking the 2014 Fair Pay and Safe Workplaces executive order, which required companies to disclose earnings, pay scales and salaries in a bid to narrows wage gaps based on gender discrimination.

The conservative-leaning American Enterprise Institute revealed that female staffers working under Obama were paid 89.25 cents for every dollar their male colleagues earned.