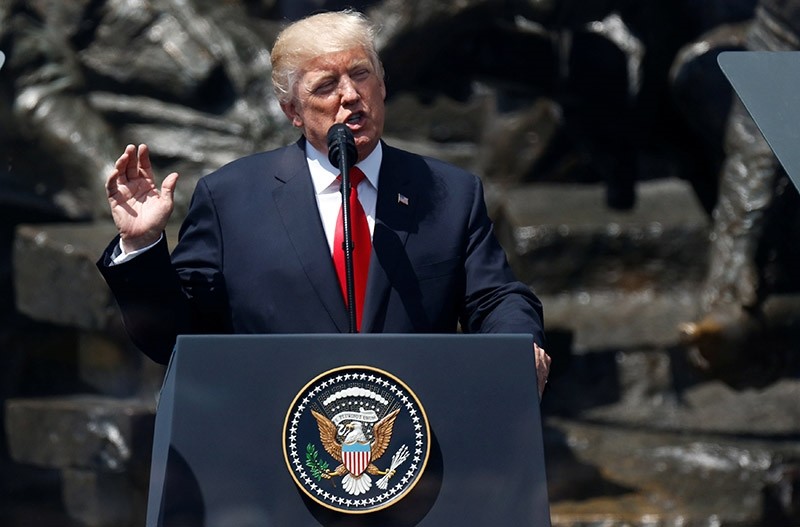 U.S. President Donald Trump gives a public speech in front of the Warsaw Uprising Monument at Krasinski Square, in Warsaw (Reuters Photo)
by Jul 06, 2017 12:00 am

U.S. President Donald Trump on Thursday endorsed in remarks in Poland the NATO obligation to defend allies against attack, the first time he has made such a pledge on European soil after declining to do so at a NATO summit in Brussels.

Article 5 is the North Atlantic Treaty's key provision. Under Article 5, an attack on any NATO member is considered an attack on all.

Founded in 1949 at the dawn of the Cold War in Europe, NATO first invoked Article 5 in 2001, in response to the September 11 attacks on New York and Washington.