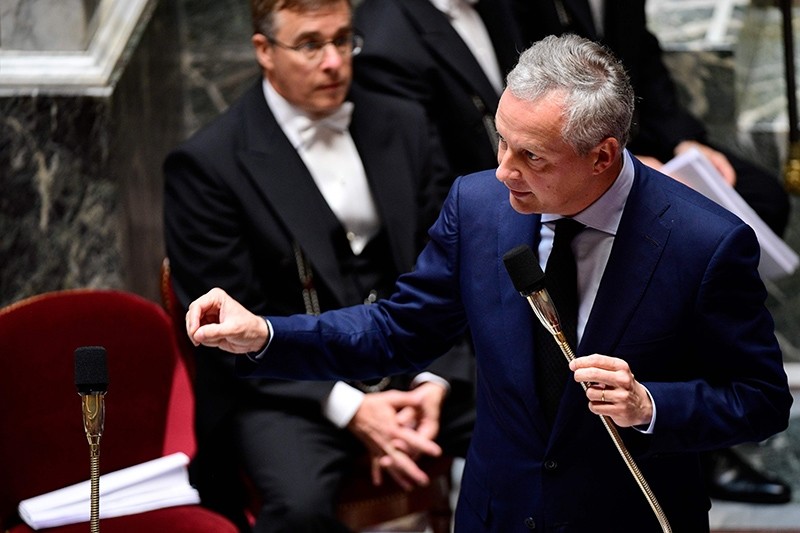 French Economy Minister Bruno Le Maire (L) addresses deputies during a session of questions to the Government at the French National Assembly in Paris, on July 5, 2017 (AFP Photo)
by Jul 09, 2017 12:00 am

Time has come for the European Union to make multinationals, such as U.S. giants Amazon, Facebook and Google, pay their fair share of taxes, the French finance minister said on Sunday.

"I can tell you that the times we live in are not for the weak," Bruno Le Maire told a conference in the southern French city of Aix-en-Provence where many French and international executives gather every year.

"...It's time for Europe to pull itself together and defend its own interests, to make Google, Amazon and Facebook pay the taxes they owe in Europe," he said.

U.S. companies such as Apple and Starbucks that were recently ordered by the European Commission to pay back taxes to EU countries have challenged their rulings.

Le Maire's comments come after the head of the European Commission, Jean-Claude Juncker, said the EU would respond if the United States imposed punitive tariffs on steel.