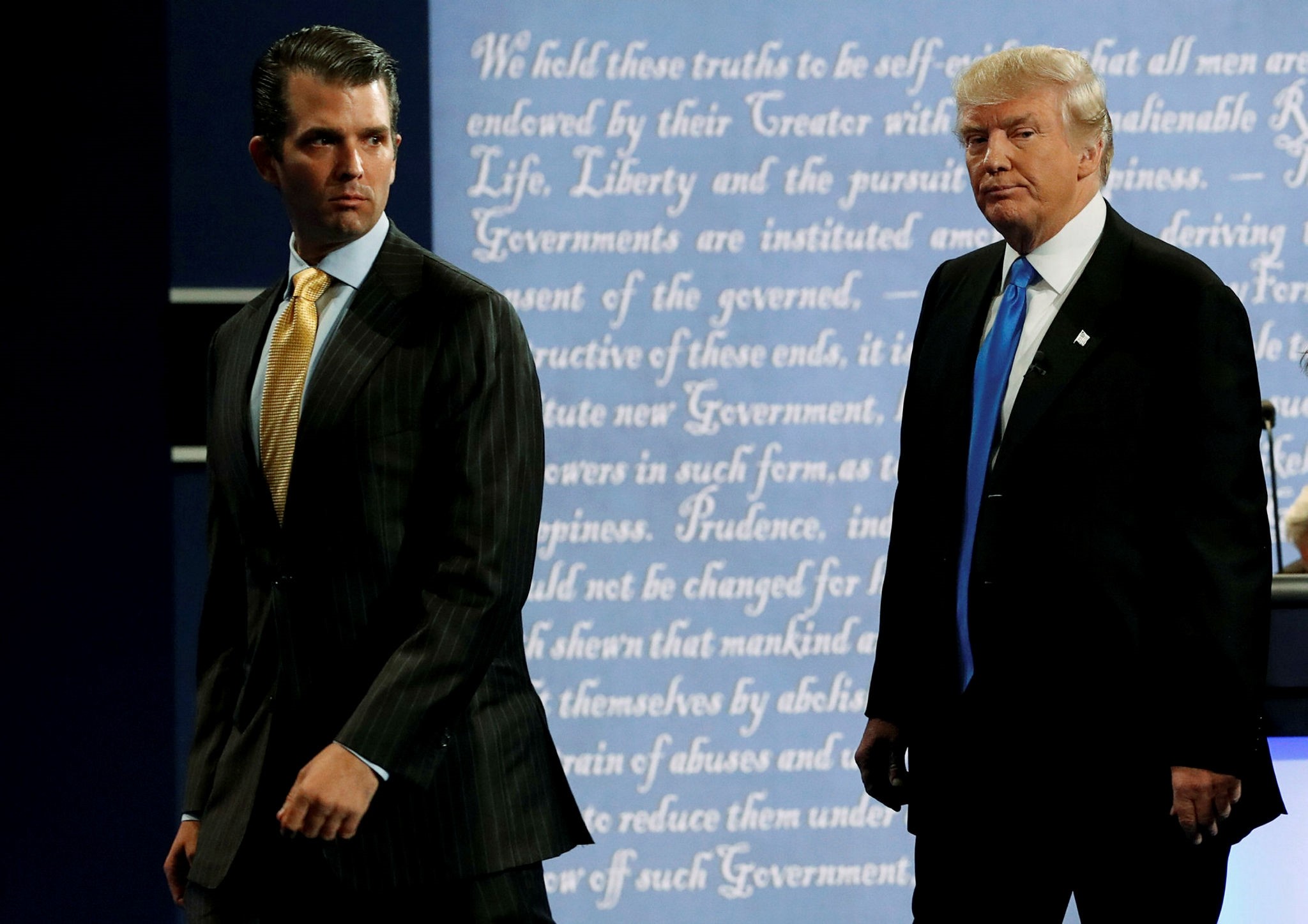 President Donald Trump said Tuesday he his eldest son, Donald Trump Jr., is "a high-quality person," and he applauds "his transparency."

White House spokeswoman Sarah Huckabee Sanders has read a brief statement from the president in response to revelations that Trump Jr. agreed to hear damaging information on Hillary Clinton as part of the Russian government's effort to help his father.

Trump Jr. posted his emails with publicist Rob Goldstone on Twitter Tuesday. The emails with Goldstone show that Trump Jr. was told that the Russian government had information that could "incriminate" Clinton and her dealings with Russia.

The top Democrat on the Senate Intelligence Committee said earlier on the same day that emails by Trump's eldest son show that a congressional investigation into Russian election meddling is "all that more important."

Donald Trump Jr. released an email exchange in which he showed interest in what was described as a Russian government effort to aid his father's campaign with damaging information about Hillary Clinton.

Virginia Sen. Mark Warner dismissed that Trump Jr.'s eager acceptance of help could just be naiveté: He said: "Lying is not a rookie mistake."

Warner also noted that Trump said in the exchange that the information could be good "especially later in the summer," and that Clinton's hacked emails were released around that time.